Stone Points Found in Idaho Dated to 15,700 Years Ago 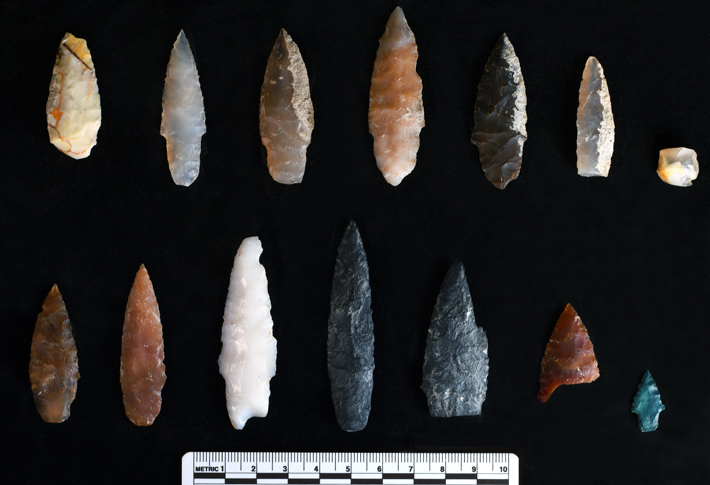 CORVALLIS, OREGON—According to a statement released by Oregon State University, researchers led by Loren Davis have discovered projectile points thought to have been made by the earliest peoples in the Americas at the Cooper’s Ferry site, which is located near Idaho’s Salmon River on traditional Nez Perce land. The deadly, razor-sharp points, which range in size from approximately one-half to two inches long, have been radiocarbon dated to around 15,700 years ago. Davis said that the points are sharpened on one end, and have a stem on the other end that was likely attached to a dart. They are similar to projectile points of a similar age found in Hokkaido, Japan, he added, and could support the idea of cultural and genetic connections between the Ice Age peoples of northeastern Asia and North America. Read the original scholarly article about this research in Science Advances. For more on the Cooper's Ferry site, go to "A Seaside Journey to America."