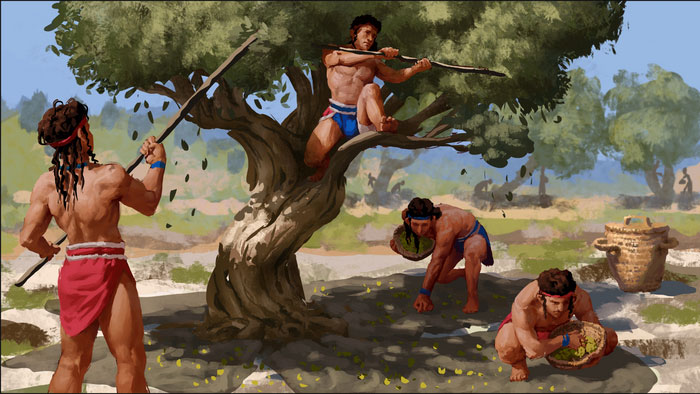 LEIPZIG, GERMANY—CNN reports that an international team of researchers has examined the genomes of more than 100 Bronze Age residents of Minoan Crete and Mycenaean Greece. They were even able to reconstruct the family tree of people whose remains were found in a sixteenth-century B.C. tomb placed under the courtyard of a Mycenaean house. “We could see, for example, that the three sons lived as adults in this house,” said Philipp W. Stockhammer of the Max Planck Institute for Evolutionary Anthropology. “One of the marriage partners brought her sister and a child. It’s a very complex group of people living together,” he added. The study also found that about half of the people living in the region probably married their first cousins, compared to about one-third of the people who lived on the mainland. “It’s not 100 percent, but not everybody has a cousin,” Stockhammer said. The practice may have kept land in the family, he explained, which would be important since it can take decades to establish the olive trees and grape vines grown in the region. For more on the Minoans, go to "The Minoans of Crete."