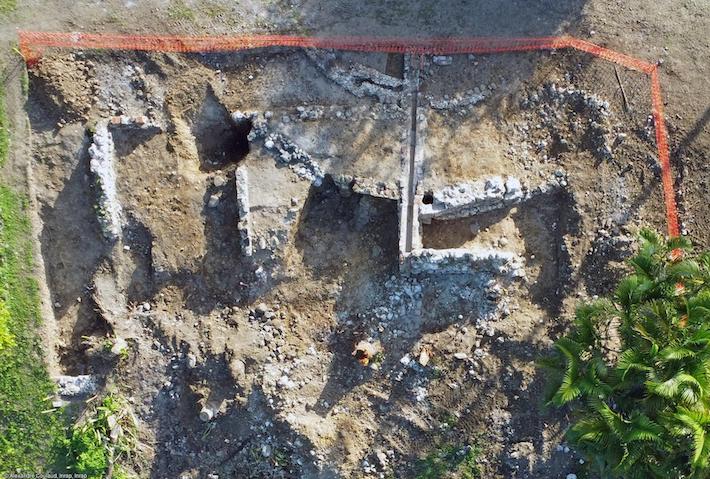 TROIS-ILETS, MARTINIQUE—The Miami Herald reports that an excavation conducted at the Estate of Château Gaillard on the Caribbean Island of Martinique has uncovered remnants of eighteenth-century sugarcane mills. Scientists from France’s National Institute of Preventive Archaeological Research (INRAP) said the circular structures each measured about 50 feet in diameter. Wooden rollers wrapped in iron to crush the sugarcane would have been powered by oxen or mules and operated by enslaved people. Traces of simple wooden huts where enslaved people lived on the property were also found. These living quarters were shown in rows on a 1770 map of the estate. Animal mills were replaced by steam engines in the early nineteenth century, and slavery was abolished on the island in 1848. The study suggests that the huts became seasonal housing for workers during the sugarcane harvest that were in use into the early twentieth century. To read about how sugarcane and enslaved Africans' expertise in distilling alcohol led to profitable rum production in seventeenth-century Barbados, go to "Alcohol Through the Ages: Triangle Trade."