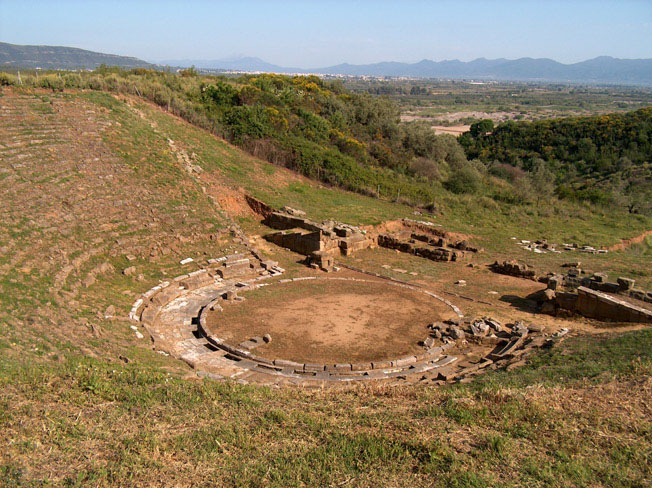 OXFORD, ENGLAND—Armand D'Agour, a classicist at Oxford University, described to the BBC the process by which he and other scholars were attempting to reconstruct the music of ancient Greece. He notes that much of the vaunted writing of the civilization, like the work of Homer and Sophocles, was actually musical. And instruments used are preserved and can be reconstructed via depictions in paintings and even archaeological remains. One of D'Agour's colleagues, David Creese, from the University of Newcastle, managed to play a song inscribed on a more than 2,000-year-old marble column. The tune is credited to Seikilos, and Creese played it on a zither-like instrument he constructed.