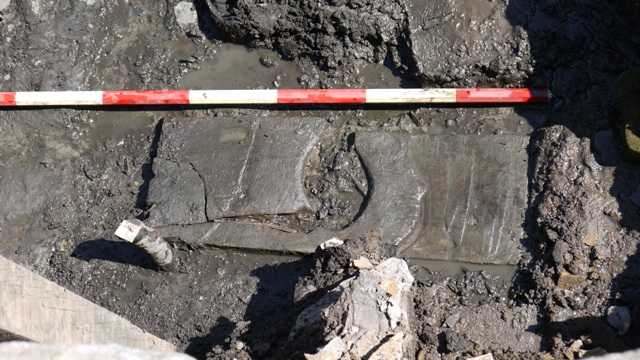 NORTHUMBERLAND, ENGLAND—A 2,000-year-old wooden toilet seat has been discovered in a muddy garbage trench at Vindolanda, a Roman fort located at Hadrian’s Wall. “As soon as we started to uncover it there was no doubt at all on what we had found. It is made from a very well worked piece of wood and looks pretty comfortable,” director of excavations Andrew Birley told BBC News. Stone and marble seats are well known, but this example may be the only surviving wooden seat. Birley thinks wood made have been chosen because of the “chilly northern location.” He and his crew will look for the latrine that fits the seat. To read about an ancient Roman birthday party invitation found at Vindolanda, see ARCHAEOLOGY's "Artifact."