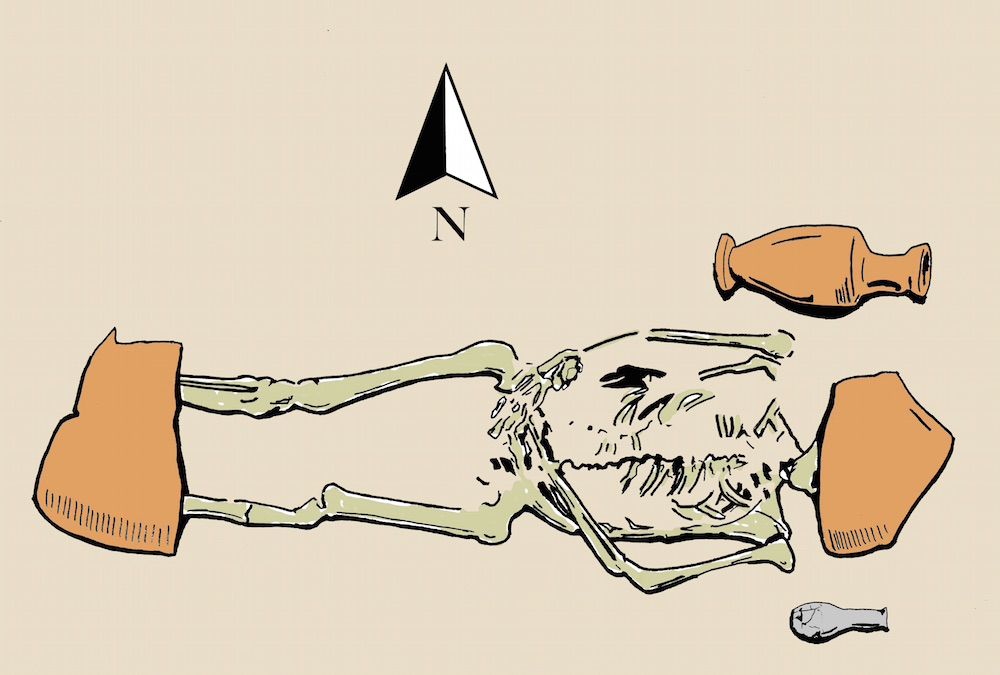 PASSO MARINARO, SICILY—Research conducted by archaeologist Carrie Sulosky Weaver of the University of Pittsburgh has shown that the zombie craze is not a new phenomenon, but one with evidence going back more than 2,000 years. According to a report on her work in LiveScience, Sulosky Weaver studied two burials from a necropolis in a Greek settlement on the island of Sicily that she considered “peculiar” because they hold what she believes to be the remains of “revenants,” a zombie-like figure. The ancient Greeks believed that certain dead bodies could reanimate, and that to keep them in their graves, they had to be ritually killed or trapped inside in some way, such as pinning the body down with amphora fragments or large stones, as was done at Passo Marinaro. To read more about another type of ancient undead, go to "Plague Vampire Exorcism."