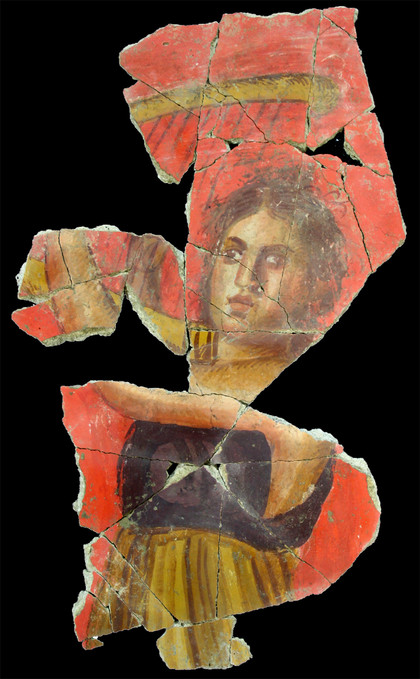 ARLES, FRANCE—A mural resembling those at Pompeii has been discovered in the bedroom of a Roman villa in southern France. The fresco, which dates between 20 and 70 B.C., is one of only a few full murals to be found outside Italy. Among the 11 images in the painting, now in more than 12,000 fragments, is a depiction of a young woman playing a harp that had been painted in expensive Egyptian blue and red vermilion pigments. “There will be gaps, gaps in these reborn frescoes,” Marie-Pierre Roth of the National Institute of Preventive Archaeological Research (INRAP) told RFI. It could take ten years to reassemble the full fresco. To read more about Roman murals, go to "Saving the Villa of the Mysteries."