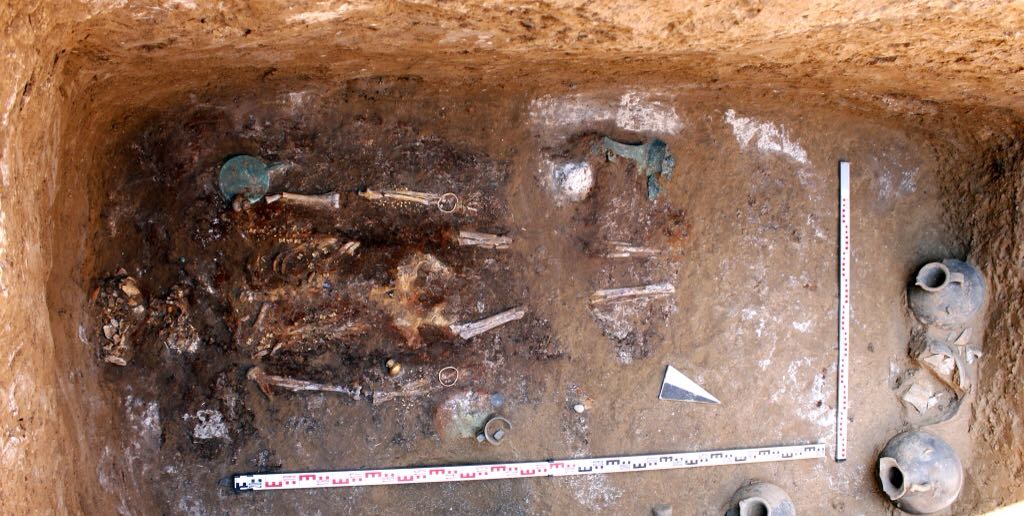 MOSCOW, RUSSIA—The Daily Mail reports that during construction of a new airport near the city of Rostov-on-Don, a team led by the Russian Institute of Archaeology’s Roman Mimohod unearthed a 2,000-year-old unlooted burial of a Sarmatian noblewoman. A nomadic people who occupied the steppes north of the Black Sea from the fifth century B.C. to the fourth century A.D., the Sarmatians were famous in the ancient world for their woman warriors, who are thought to have inspired the Amazons of Greek mythology. More than 100 iron arrowheads were discovered in the grave, along with a gem with a Phoenician or Aramaic inscription, and a number of pieces of gold jewlery, which date from an unusually long period of time, from the first century B.C. to the first century A.D. "It is rather unique, I have not see such a combination before and have not heard about it, “ said Mimohod in a press release. "This can mean that the most ancient things were handed down for a long time and finally were buried with this noble woman." To read about a similar discovery, go to "Scythian Treasure Site Discovered."