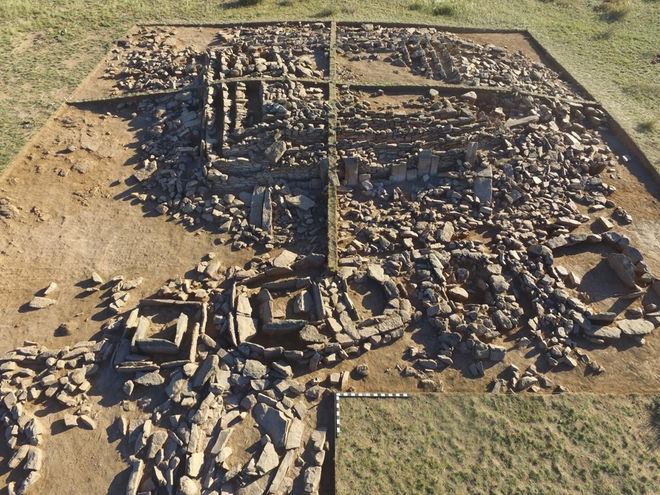 KARAGANDA, KAZAKHSTAN—Archaeologists have unearthed a Bronze Age burial mound constructed of five walls in northern Kazakstan. "It's made from stone, earth, and fortified by slabs in the outer side," Saryarka Archaeological Institute researcher Viktor Novozhenov told Live Science. The height of the mausoleum's walls increases gradually the closer they are to the mound's center, which led some news outlets to compare the mausoleum to the step pyramid of Djoser in Saqqara, Egypt. But Novozhenov points out that the mound was at most six feet tall, much smaller than the pyramid in Saqqara, which was built some 1,000 years earlier. Though the tomb had been looted, the team found late Bronze Age pottery as well as a bronze knife near its main chamber, which likely once held the remains of a chieftain or clan leader. To read more about Bronze Age archaeology on the Eurasian steppes, go to "Wolf Rites of Winter."