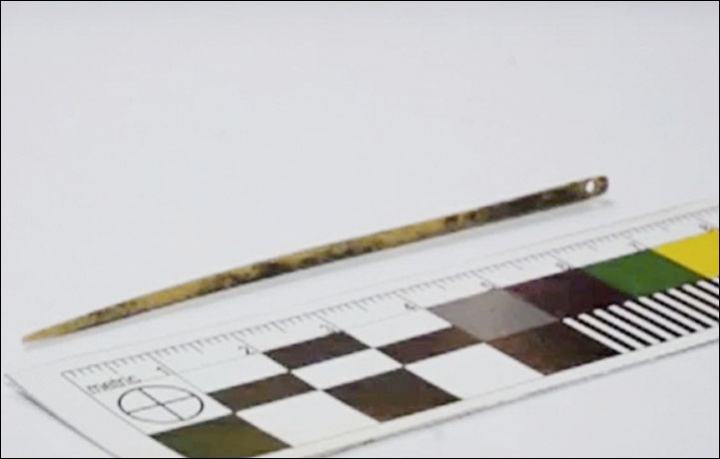 NOVOSIBIRSK, RUSSIA—A needle measuring two and three-quarters of an inch long has been unearthed in Denisova Cave, in a layer where Denisovan remains have been found. According to a report in The Siberian Times, the 50,000-year-old needle, complete with an eye for thread, was crafted from a large bird bone. “As of today it is the most ancient needle in the world,” said Mikhail Shunkov of the Institute of Archaeology and Ethnography in Novosibirsk. Additional, smaller needles have been found in younger layers of the cave. A Denisovan finger bone was first discovered in the cave, which is located in the Altai Mountains, in 2008. The cave is thought to have been occupied by Denisovans, Neanderthals, and modern humans at one time or another over a period of more than 250,000 years. For more on the Denisovans, go to "Our Tangled Ancestry."