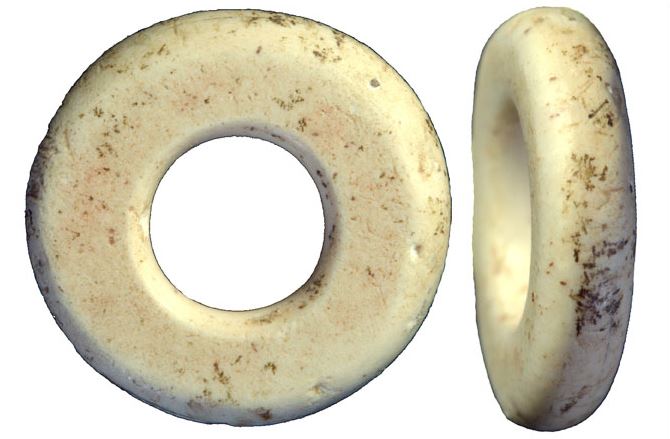 NOVOSIBIRSK, RUSSIA—The Siberian Times reports that beads made of ostrich eggshells were discovered in Denisova Cave, which is located in the Altai Mountains. The beads measure less than one-half inch in diameter and are thought to be between 45,000 and 50,000 years old. “This is an amazing piece of work,” said researcher Maksim Kozlikin of the Institute of Archaeology and Ethnography. “The ostrich eggshell is quite robust material, but the holes in the beads must have been made with a fine stone drill.” He thinks the beads could have been part of a bracelet or a necklace, or may have been sewn into clothing. The presence of the beads in Denisova Cave suggests that the people who lived there had trade contacts to import either the eggshells or the finished beads. The jewelry items were found in the same archaeological layer where a bracelet made of dark green stone was found in 2008. For more, go to “Letter from Siberia: Fortress of Solitude.”