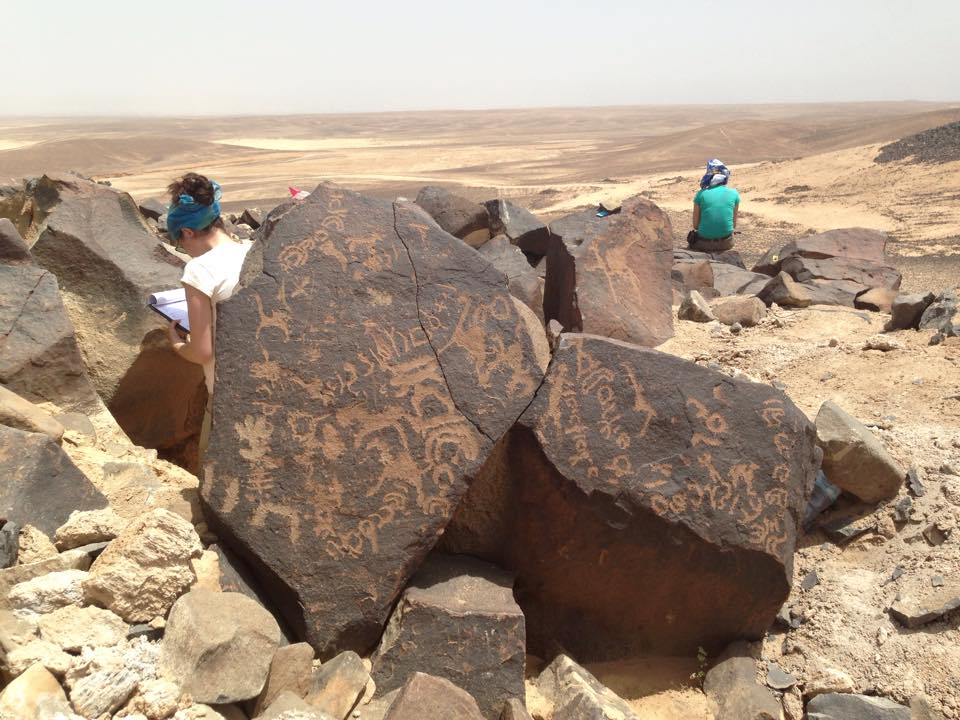 LEIDEN, NETHERLANDS—Live Science reports that researchers from the Jebel Qurma Archaeological Landscape Project are recording thousands of inscriptions and petroglyphs in the Jebel Qurma region of Jordan’s Black Desert. Peter Akkermans of Leiden University explained that the inscriptions were written in a script known as Safaitic some 2,000 years ago by the people of Jebel Qurma, who are thought to have been nomads. “I am on the lookout for the Nabataeans,” reads one inscription. (The Nabataeans inhabited Jordan’s ancient rock-cut city of Petra.) Analysis of charcoal dating to the third century A.D. suggests that it came from several types of trees that needed water year-round. The images of lions, gazelles, horses, and large birds (possibly ostriches) also suggest that the region supported a wide range of life in the past. Akkermans and his team plan to retrieve ancient pollen samples to learn more about the environment. For more, go to “Mystery Buildings at Petra.”