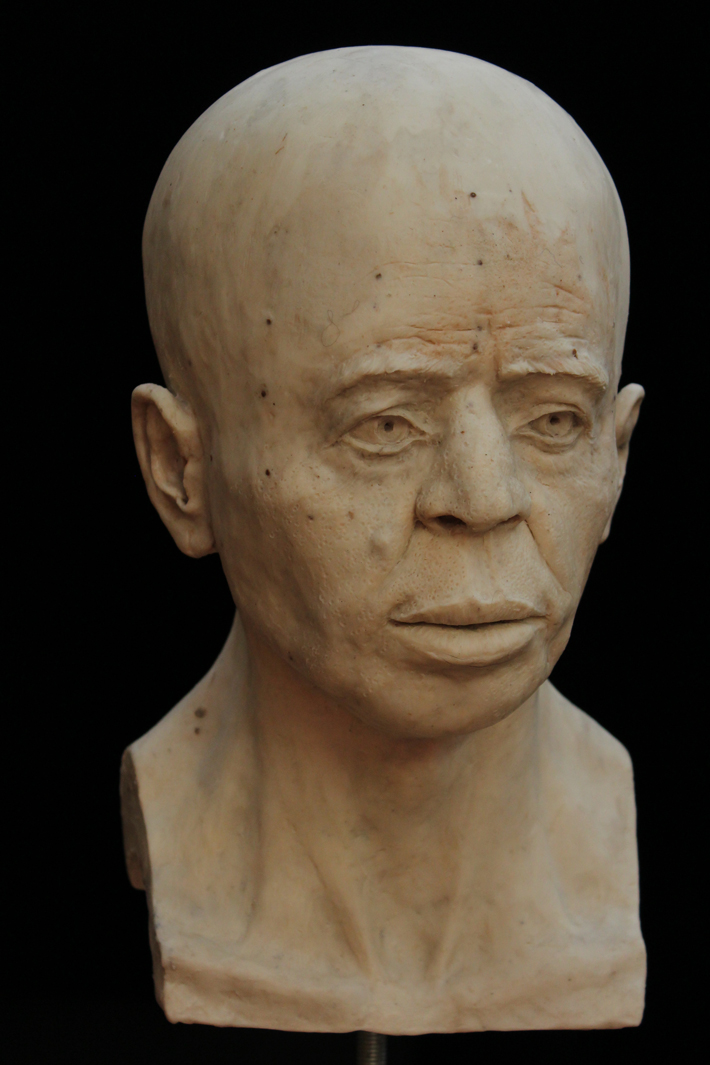 LONDON, ENGLAND—The face of a man who lived 9,500 years ago in Jericho, near the Jordan River in the West Bank, has been reconstructed based on a scan of his skull, according to a report from Seeker. The “Jericho Skull” is one of seven discovered by archaeologist Kathleen Kenyon in 1953 and is now housed at the British Museum. It consists of a face modeled in plaster over a man’s skull. “He was certainly a mature individual when he died, but we cannot say exactly why his skull, or for that matter the other skulls that were buried alongside him, were chosen to be plastered,” says Alexandra Fletcher of the British Museum. “It may have been something these individuals achieved in life that led to them being remembered after death.” The 3-D reconstruction of the man’s face was produced using a micro-CT scan of the skull, which detected the structure of his face bones. The scan revealed that the man had broken and decayed teeth and a healed broken nose, and that his head had been bound from a young age to alter the shape of his skull, which suggests that he had elite status. For more, go to “Neolithic Europe's Remote Heart.”