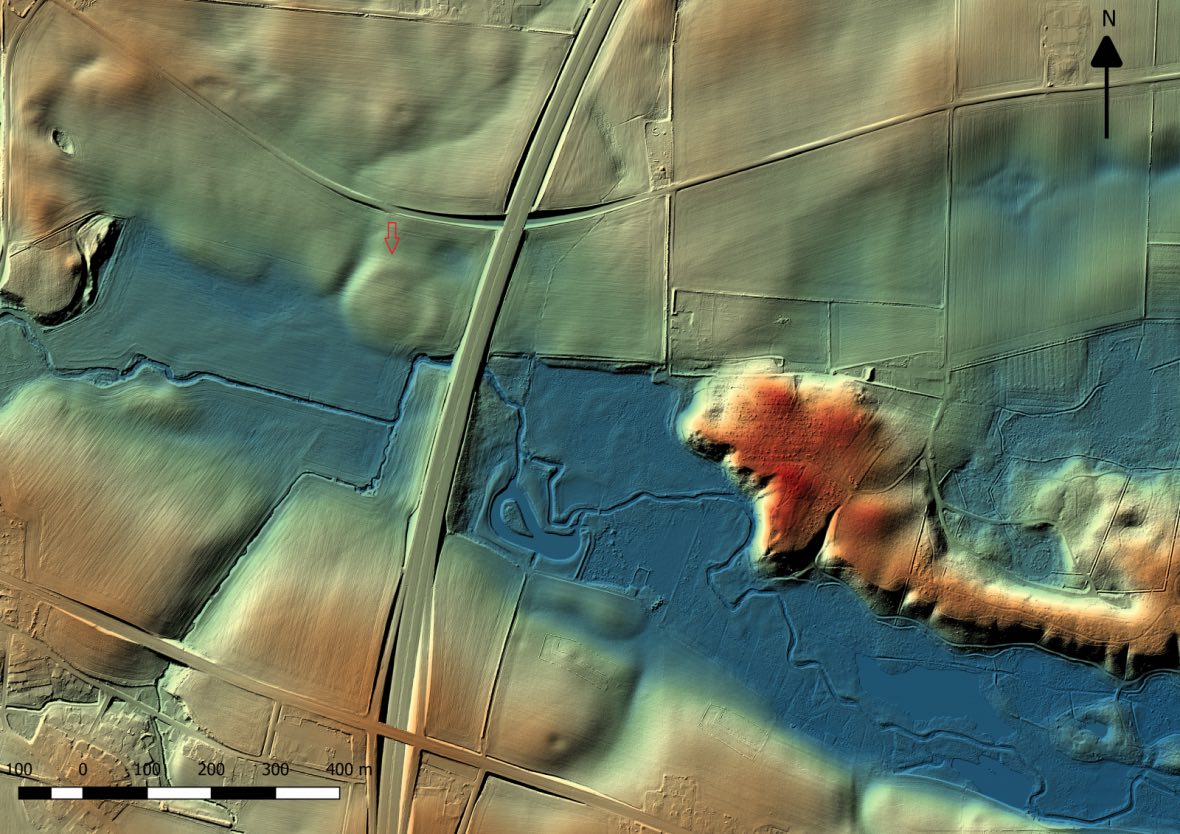 AARHUS, DENMARK—Archaeologists in Denmark have used advanced remote-sensing technology to confirm the existence of a tenth-century Viking ring fortress, reports the International Business Times. While the site had been tentatively identified since the 1970s as a fortress of the Trelleborg type (characterized by a telltale circular shape and precise internal structure), only recently has technology such as LiDAR been available that allows researchers to measure subtle differences in the ground of long-overgrown earthworks. There have only been five confirmed Trelleborg fortresses discovered in Denmark to date and, at 500 feet in diameter, the Borgring fortress is the first of its kind to be found in 60 years. The Trelleborg fortresses appear to have been built between 975 and 980 during the reign of King Harald “Bluetooth” Gormsson, who may have sought to centralize a previously factional alliance of Viking leaders in the face of threats from the Holy Roman Empire. To read more about Harald Bluetooth, go to “Bluetooth's Fortress.”