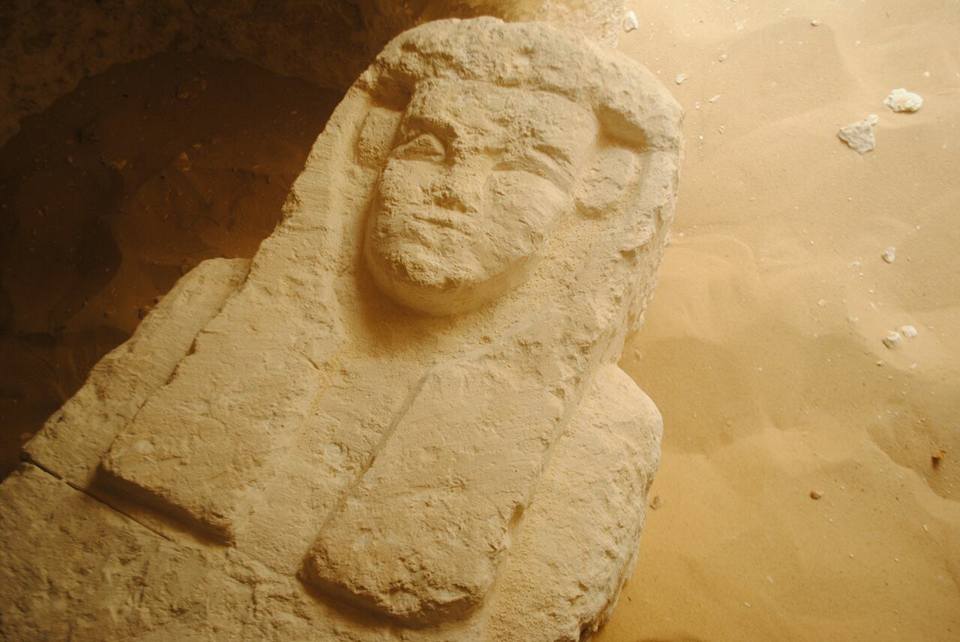 CAIRO, EGYPT—Three rock-cut tombs from the Ptolemaic era have been discovered near the town of Samelut in Upper Egypt, according to a report from Ahram Online. The tombs, which were discovered by an Egyptian archaeological mission, contain a number of sarcophagi of varied shapes and sizes in addition to a range of clay fragments. Studies of these fragments suggest they are from the 27th Dynasty and the Greco-Roman era. “This fact suggests that the area was a large cemetery over a long period of time,” said Ayman Ashmawy, head of the Ministry of Antiquities’ Ancient Egyptian Sector. Previous excavations in the area uncovered around 20 tombs built in the catacomb style typical of the period, but the newly discovered tombs have a different architectural design. The two tombs for which excavation has been completed each featured a perpendicular burial shaft—the first leading to a single burial chamber with four sarcophagi and nine burial holes, and the second leading to two burial chambers, one of which contains the remains of two sarcophagi and six burial holes, including one designed for a small child. The bones found in the tombs belonged to men, women, and children, suggesting the tombs were part of a large cemetery that served a large city. For more, go to “Afterlife on the Nile.”