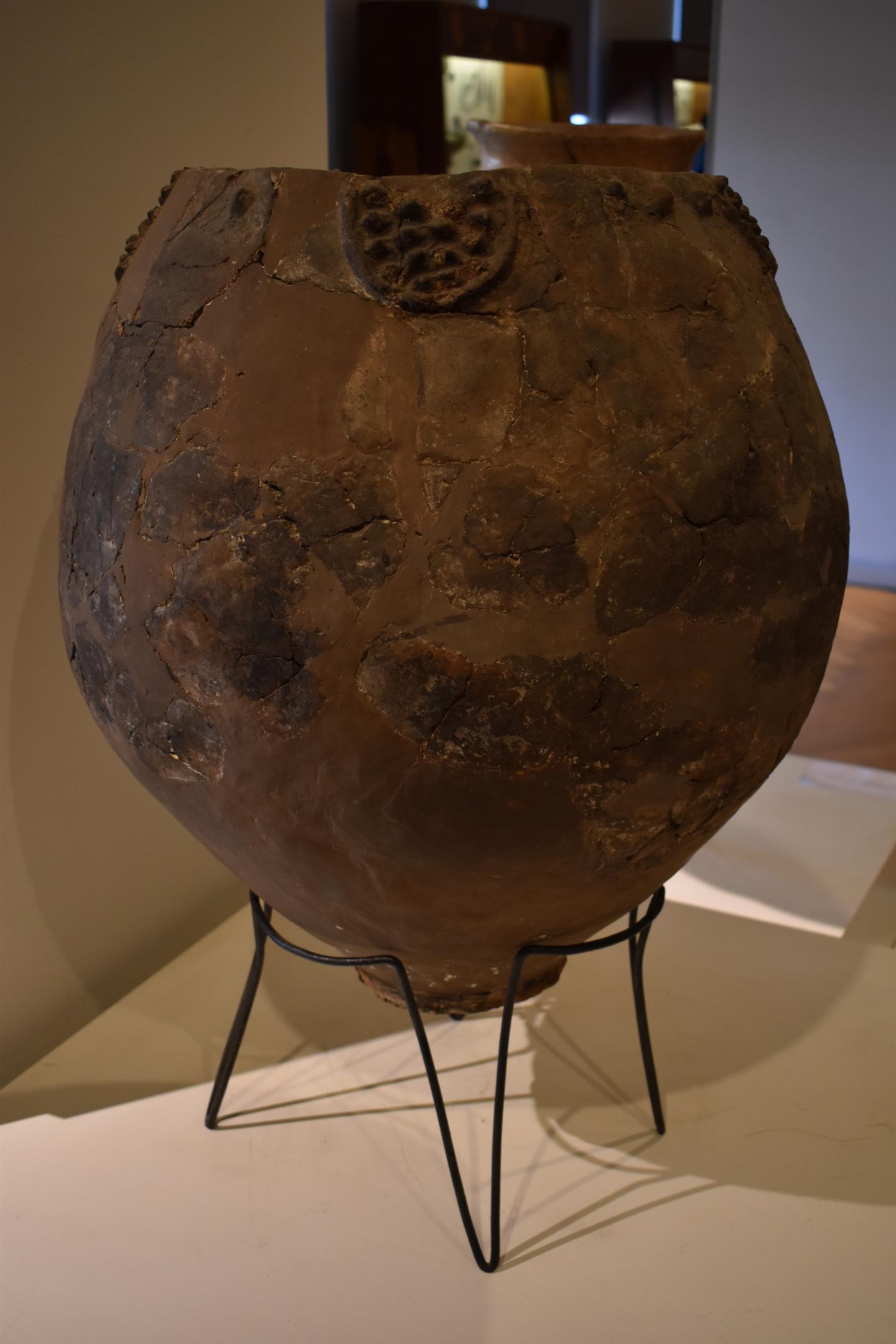 TORONTO, CANADA—The Guardian reports that evidence of winemaking dating back some 8,000 years has been discovered by an international team of archaeologists and botanists, who analyzed fragments of fired clay pots and soil samples from two Neolithic villages in the South Caucasus region. The fragments from one of the jars, which had been decorated with “blobs” that the researchers say could have been intended to represent grapes, may have once held more than 80 gallons of the fermented liquid. The tests revealed tartaric acid, a substance found in grapes, on eight of the fragments. Tartaric acid, and three other acids linked to grapes and wine, were detected in the soil samples. Grape pollen, grape starch particles, and the remains of a fruit fly were also found. This is “certainly the example of the oldest pure grape wine in the world,” said Davide Tanasi of the University of South Florida. Traces of 7,000-year-old wine made from grapes have been detected on jars found in the Zagros Mountains of northern Iran, and 9,000-year-old wine made from a mixture of grapes, honey, and other ingredients has been discovered in China’s Henan Province. For more, go to “Recreating Nordic Grog.”