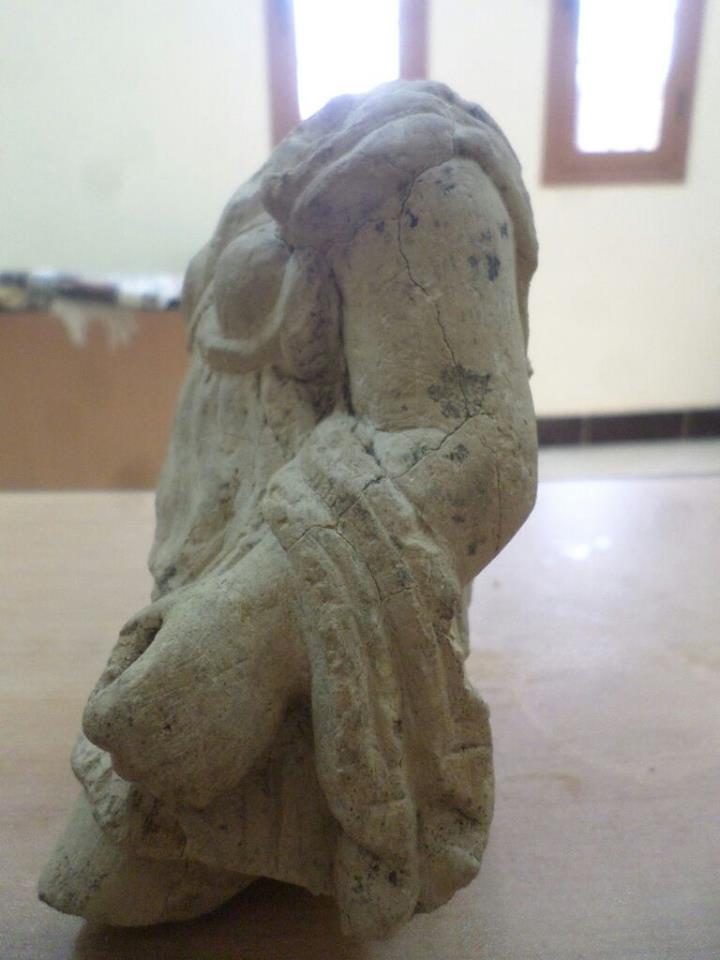 ASWAN, EGYPT—Ahram Online reports that archaeological teams working with Egyptian archaeologists in the Aswan area have unearthed four intact burials of children in Gebel El-Silsila, a cemetery dating to the First Intermediate Period at Kom Ombo, and a statue thought to depict the Greek goddess Artemis in the old town of Aswan. Mostafa Waziri, secretary general of the Supreme Council of Antiquities, said that Maria Nilsson and Swedish researchers discovered the children’s tombs, which yielded a mummy in linen wrappings, traces of wooden coffins, and funerary furniture, including amulets and pottery. The tombs date to the 18th Dynasty, between 1550 and 1292 B.C. In Kom Ombo, Austrian researchers uncovered mudbrick tombs, pottery, and other grave goods in a cemetery dating to between 2181 and 2055 B.C. The cemetery had been built on top of an older one, as well as an Old Kingdom town. Abdel Moneim Saeed, general director of Aswan and Nubia Antiquities, added that a mission headed by Swiss Egyptologist Wolfgang Muller found a statue missing its head, feet, and right hand. The figure’s dress resembles that worn by Artemis, the Greek goddess of hunting, procreation, and virginity, who had been combined with the Egyptian goddesses Isis and Bastet. For more, go to “Afterlife on the Nile.”