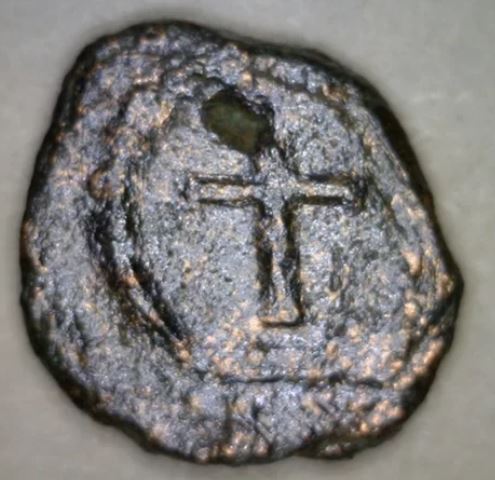 BRIDGEWATER, MASSACHUSETTS—Live Science reports that more than 100 coins and an iron lock were found in a collapsed building near Corinth’s ancient harbor. Paul Scotton of California State University Long Beach and the Lechaion Harbor and Settlement Land Project said the coins were found just about one foot below modern ground level, under the building’s tile roof. Many of the coins were made of bronze, and the earliest dates to the mid-fourth century A.D., according to Michael Ierardi of Bridgewater State University in Massachusetts. The most recent coins date to the late fifth century, during the reign of Anastasius I, who later reformed the coinage system of the Byzantine Empire. The building was found near a yard containing iron slag, unworked iron, cooked animal bones, and a concrete basin. To read about the disassembly of a giant coin hoard found in the Channel Islands, go to “Ka-Ching!”