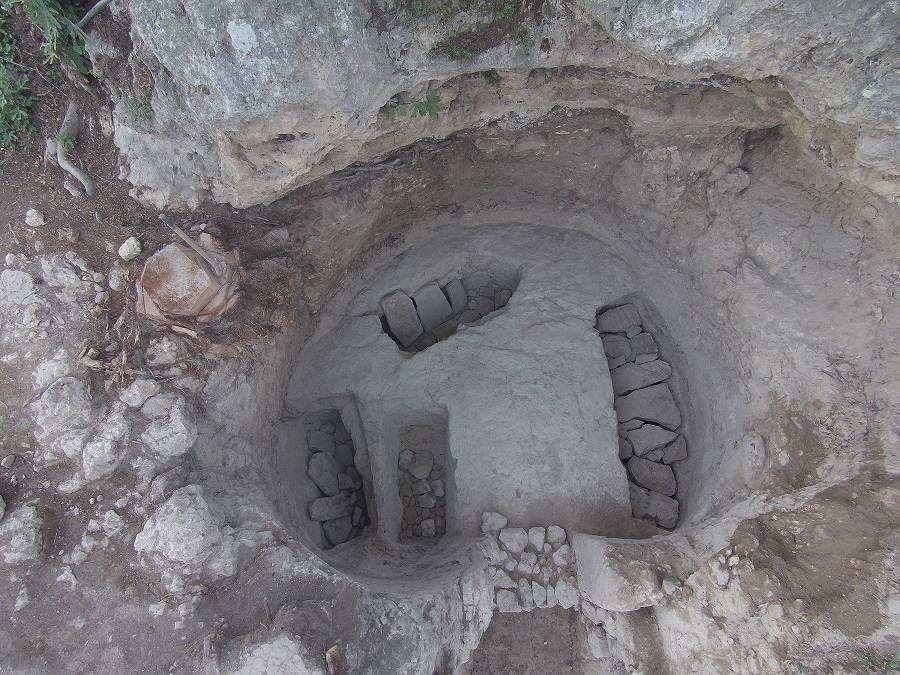 AIDONIA, GREECE—According to an Ekathimerini report, a large, intact tomb dating to the early Mycenaean era (1650-1400 B.C.) has been discovered in a cemetery at the ancient site of Nemea in southern Greece by a team of researchers from the Ephorate of Antiquities of Corinth, the University of Graz, and the University of California, Berkeley. A wide path leads to the tomb entrance and a rounded room. The oldest burials were recovered from four large pits dug into the floor of the burial chamber that had been covered with megaliths. Decorated pottery, copper knives, swords, arrows, obsidian, pins, jewelry, and seal stones were also recovered from the pits. During the late Mycenaean period (1400-1200 B.C.), bodies are thought to have been placed on the floor of the tomb. The eventual collapse of the tomb’s roof in antiquity helped to protect the site. To read about the recent discovery of another Mycenaean tomb, go to “A Monumental Find.”