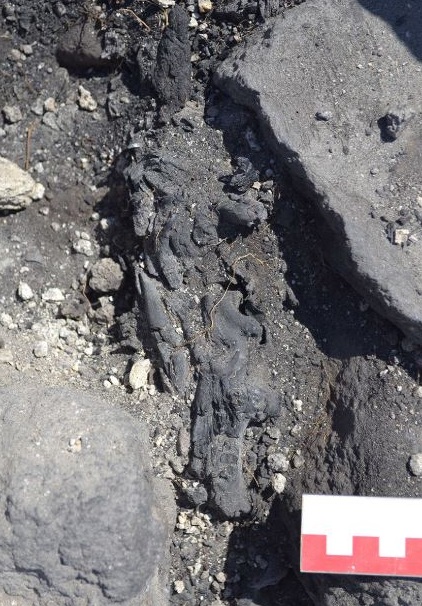 SANTORINI, GREECE—According to The Greek Reporter, radiocarbon dates have been obtained for a piece of olive wood recently recovered from an archaeological site at the top of a hill on the Greek island of Thirasia by a team of researchers from the University of Arizona. The piece of wood was found in the stratigraphic layer just below the one containing the ash left by the volcanic eruption that separated Thirasia from the larger island of Thera and destroyed the Minoan settlement at the site of Akrotiri. The new dates suggest the disaster occurred in the early sixteenth century B.C., or a few decades later than had been previously thought. To read in-depth about the Minoans, go to “The Minoans of Crete.”