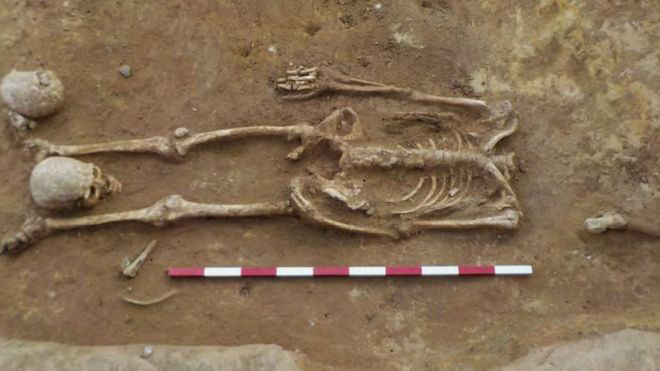 SUFFOLK, ENGLAND—BBC News reports that up to 40 percent of the skeletons unearthed in a fourth-century Roman cemetery in eastern England had been decapitated. Andrew Peachey of Archaeological Solutions thinks the heads were carefully removed after death. “We are looking at a very specific part of the population that followed a very specific tradition of burial,” he said. Analysis of the bones could offer more information about the population, which is thought to have lived near the cemetery in a Roman settlement dating back as early as the first century A.D. To read about another Roman-era cemetery in England including people who had been decapitated, go to “Off with Their Heads.”