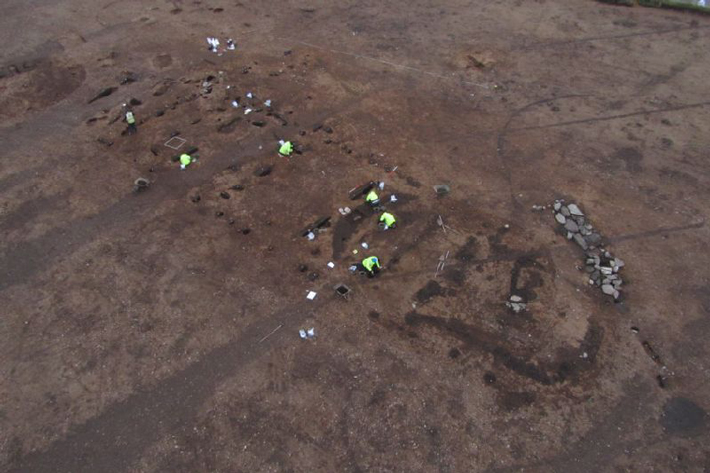 ANGUS, SCOTLAND—The Scotsman reports that traces of two structures recently radiocarbon dated to 6,000 years ago have been uncovered in eastern Scotland, according to Ronan Toolis of GUARD Archaeology. The larger one, which was used for around 500 years, is thought to be the largest known Neolithic hall in Britain. Early farmers are believed to have used the buildings as living and food processing quarters, and may even have sheltered animals in them as well. The smaller of the two halls, Toolis said, was occupied for 1,000 years, and may eventually provide new insights into Scotland’s early farming communities. Smaller structures and pits in use during the same period were found around the two halls. Around 2,000 years after the smaller building went out of use, a village was built on the site. It yielded a bronze sword, a wooden sword sheath, and a bronze bangle, Toolis added. To read in-depth about other discoveries in Scotland dating to the same period as the longhouses, go to “Neolithic Europe's Remote Heart.”