The Search for Pompeii’s Survivors 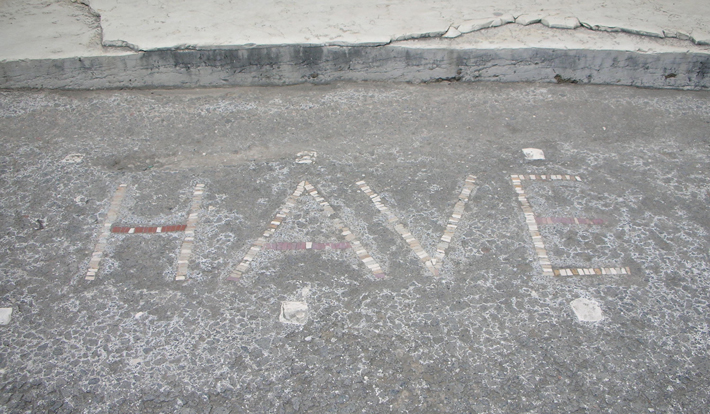 OXFORD, OHIO—According to a Live Science report, classicist Steven Tuck of Miami University is investigating the lives of the survivors of the volcanic eruption that wiped out the cities of Pompeii and Herculaneum. He searched the region surrounding the disaster for family names distinct to the two cities in documents and inscriptions; evidence of worship of Vulcanus, the god of fire, and of Venus Pompeiana, Pompeii’s patron deity; and building construction after A.D. 79, perhaps intended to accommodate an influx of refugees. Tuck said the evidence he has found includes an inscription dedicated to a man from Pompeii who eventually died in Romania after joining the army, and the word “have,” inscribed on a family tomb in Naples. The word means “welcome” in Oscan, a dialect that was spoken in Pompeii, and was often showcased on the floor in front of houses in the city as a sort of welcome mat. Tuck also said the emperor Titus collected the money of people who had died in the eruption and did not have heirs, and sent it to cities with refugees to help build new neighborhoods, aqueducts, and public buildings for them. Tuck notes, however, that he was not able to find evidence of many of those who escaped the eruption, since foreigners, migrants, and slaves living in Pompeii and Herculaneum at the time of the disaster did not have recorded family names. To read about recent discoveries at Pompeii, go to “Return to Pompeii.”