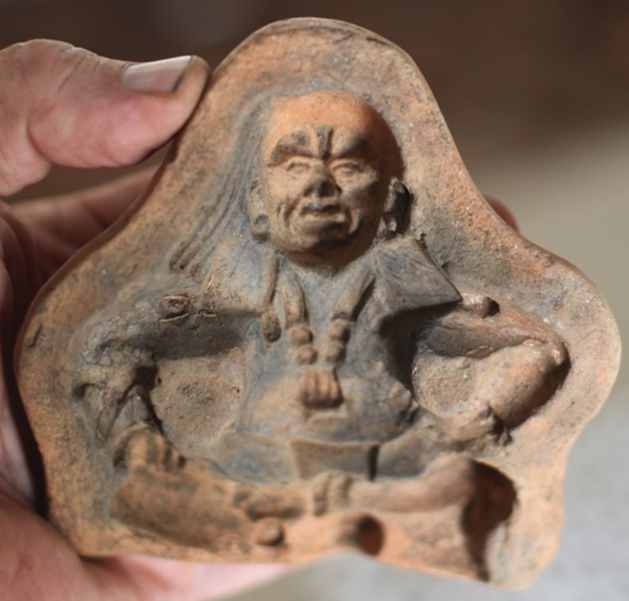 ROCK HILL, SOUTH CAROLINA—According to a Science Magazine report, a large figurine workshop dated to between A.D. 750 and 900 was discovered in the highlands of Guatemala during a construction project on private property. Archaeologist Brent Woodfill of Winthrop University excavated what was left of the site, named Aragón, and recovered thousands of ceramic fragments, including pieces of figurines and the molds used to make them. Such figurines are thought to have been given by Maya political leaders to their allies in order to strengthen and publicize political ties. The presence of the workshop suggests there may have been a previously unknown powerful and prosperous Maya city in the region during this time period. To read more about Maya archaeology in Guatemala, go to “Letter from Guatemala: Maya Metropolis.”