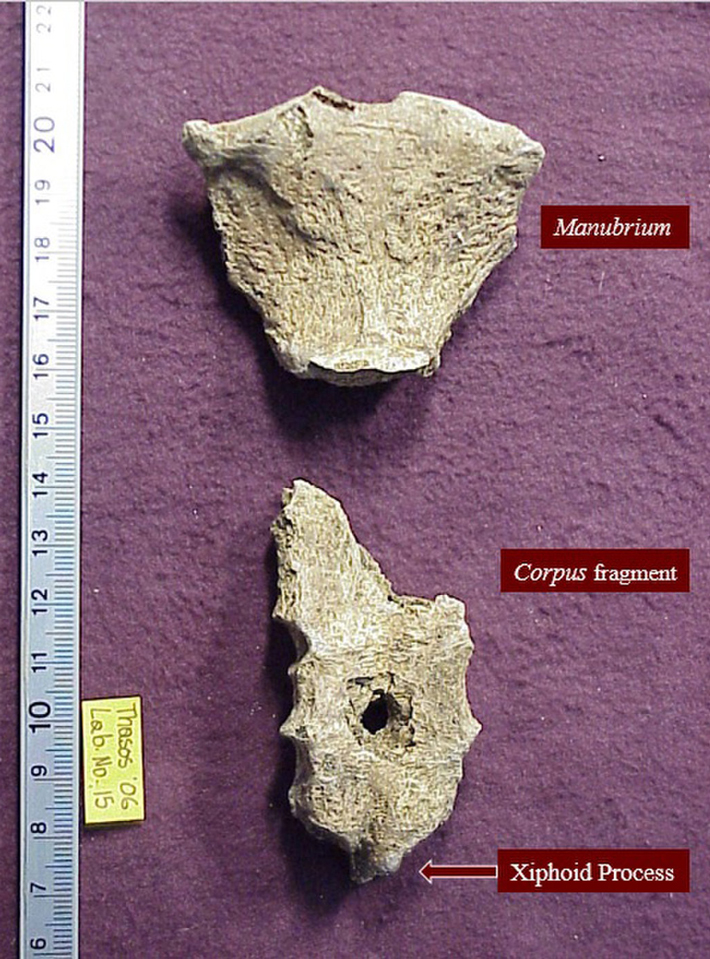 GARDEN CITY, NEW YORK—A team of researchers at Adelphi University, led by anthropologist Anagnostis Agelarakis, examined the skeletal remains of a well-muscled man recovered from the Greek island of Thasos and attempted to determine how he died some 2,000 years ago, according to a Live Science report. Agelarakis found a nearly perfectly round hole, positioned at a 90-degree angle, in a fragment of the man’s sternum. He thought the fatal wound might have been made with a styrax, or seven-sided thrusting spear. Members of the Adelphi University art department, with the assistance of Agelarakis’ wife, anthropologist and scientific illustrator Argiro Agelarakis, created several replica weapons to attempt to recreate the hole. They soon realized that a thrown spear would not have produced a hole in a surface at a 90-degree angle, and determined the man was probably immobilized and stabbed with extreme force. Dental analysis suggests the man’s diet changed for the worse shortly before he died, Agelarakis added. The team members suggest the man may have spent time as a prisoner before being executed. For more on archaeology in Greece, go to “Epic Find.”