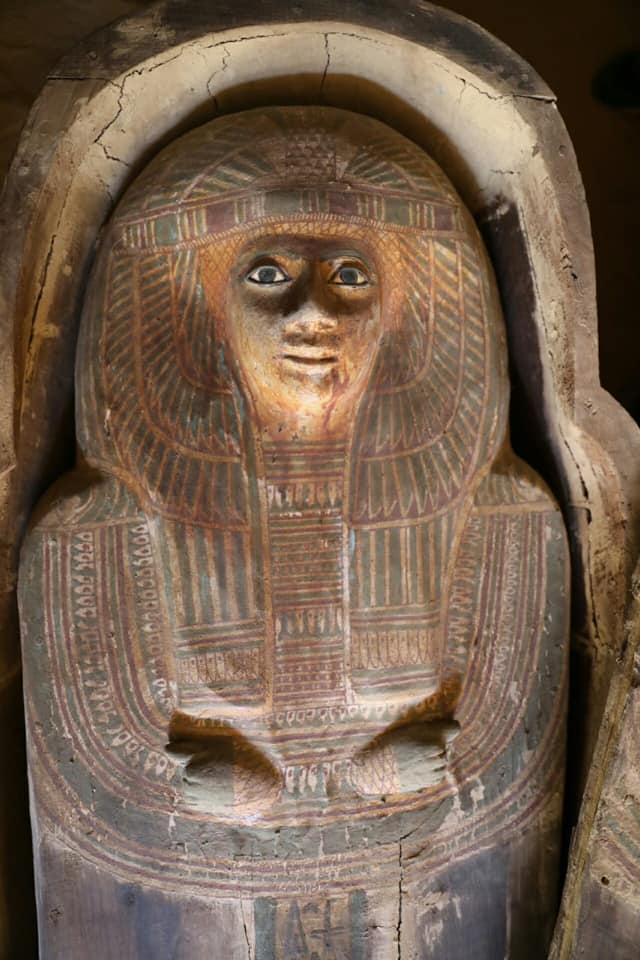 CAIRO, EGYPT—A cemetery dating to the Old Kingdom period has been discovered on the Giza Plateau, according to an Ahram Online report. Mostafa Waziri, secretary-general of the Supreme Council of Antiquities, said his team uncovered several tombs and shafts where the remains of workers who built the pyramids were buried. The oldest tomb belonged to a family that lived during the Fifth Dynasty, around 2500 B.C., and contained the remains of two people: Behnui-Ka, a priest, judge, and purifier who served the kings Khafre, Userkaf, and Niuserre; and Nwi Who, who served as chief of the great state, the overseer of new settlements, and purifier of Khafre. Among the artifacts in the tomb is a limestone statue depicting one of the two men with his wife and son. The cemetery was later reused, and also held painted wooden coffins, and wooden and clay funerary masks dating to the eighth century B.C. To read about another recent discovery in Egypt, go to “Reburial in Luxor.”