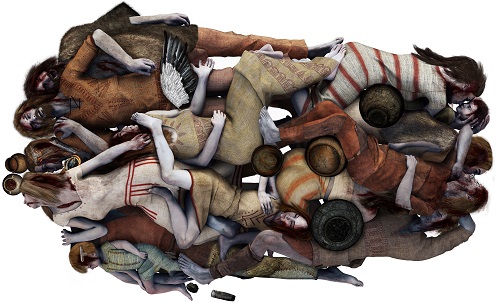 AARHUS, DENMARK—Live Science reports that the remains of 15 people were found in a 5,000-year-old multiple burial during construction of a sewerage system in southern Poland. Niels Nørkjær Johannsen of Aarhus University said the people had been brutally murdered with blows to the head, but buried carefully with ceramic vessels, flint tools, and amber and bone ornaments. Genetic analysis of the skeletal remains indicates that siblings had been placed together and next to a parent, he explained. “We are dealing with what you might call an extended family,” Johannsen said. “We were able to show that there are four nuclear families present and emphasized in the burial, but these individuals are also related to one another across these nuclear families—for example, being cousins.” The analysis revealed one male lineage and six female lineages among the dead, suggesting that women married into the community from neighboring groups. Johannsen thinks the people who buried the families knew them well, and may even have been the fathers of the children, since none of the fathers’ remains were detected in the grave. The men may have been away from home when the massacre occurred, he said. For more on Neolithic Europe, go to "The Neolithic Toolkit."