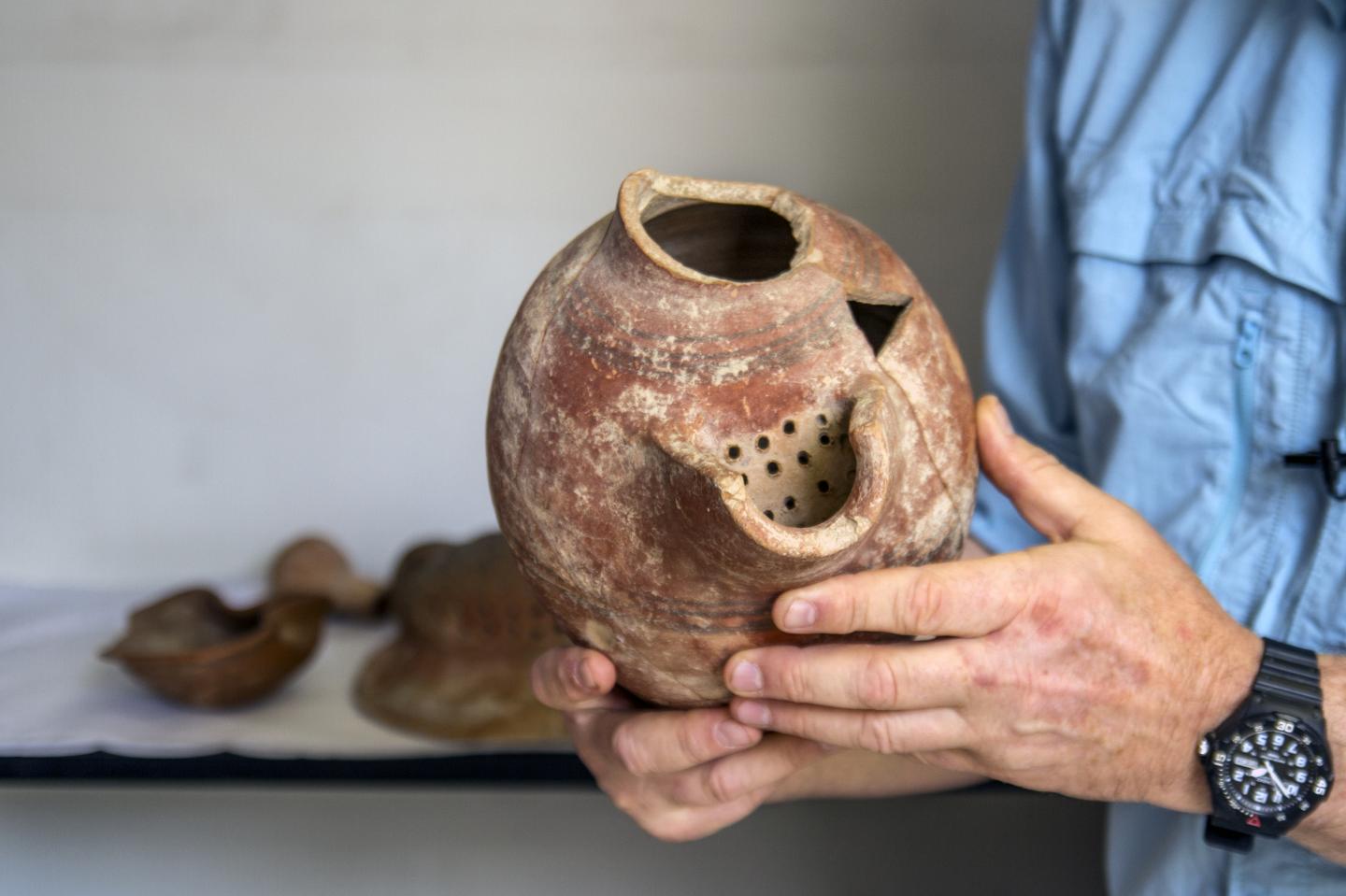 JERUSALEM, ISRAEL—According to an Associated Press report, archaeologists and microbiologists from the Israel Antiquities Authority and their colleagues extracted yeast from tiny pores in nearly two dozen ancient pottery fragments recovered from Egyptian, Philistine, and Judean sites in Israel and brewed beer and mead with it. The caramel-colored beer, which incorporated ingredients not available in the ancient Middle East, is said to have had a thick white head and a complex flavor, while the mead was bubbly and dry. Michael Klutstein of Hebrew University said the experiments show that yeast can survive for as long as 5,000 years without food. Genetic analysis of the ancient yeast suggests it was similar to strains still used today to make traditional beer in Zimbabwe and tej, an Ethiopian honey wine. The technique used to extract the microorganisms may help scientists identify foods such as cheese, wine, and pickles in ancient vessels, added Aren Maeir of Bar Ilan University. To read about the brewing of Bronze Age ale in Ireland, go to "Mystery of the Fulacht Fiadh."