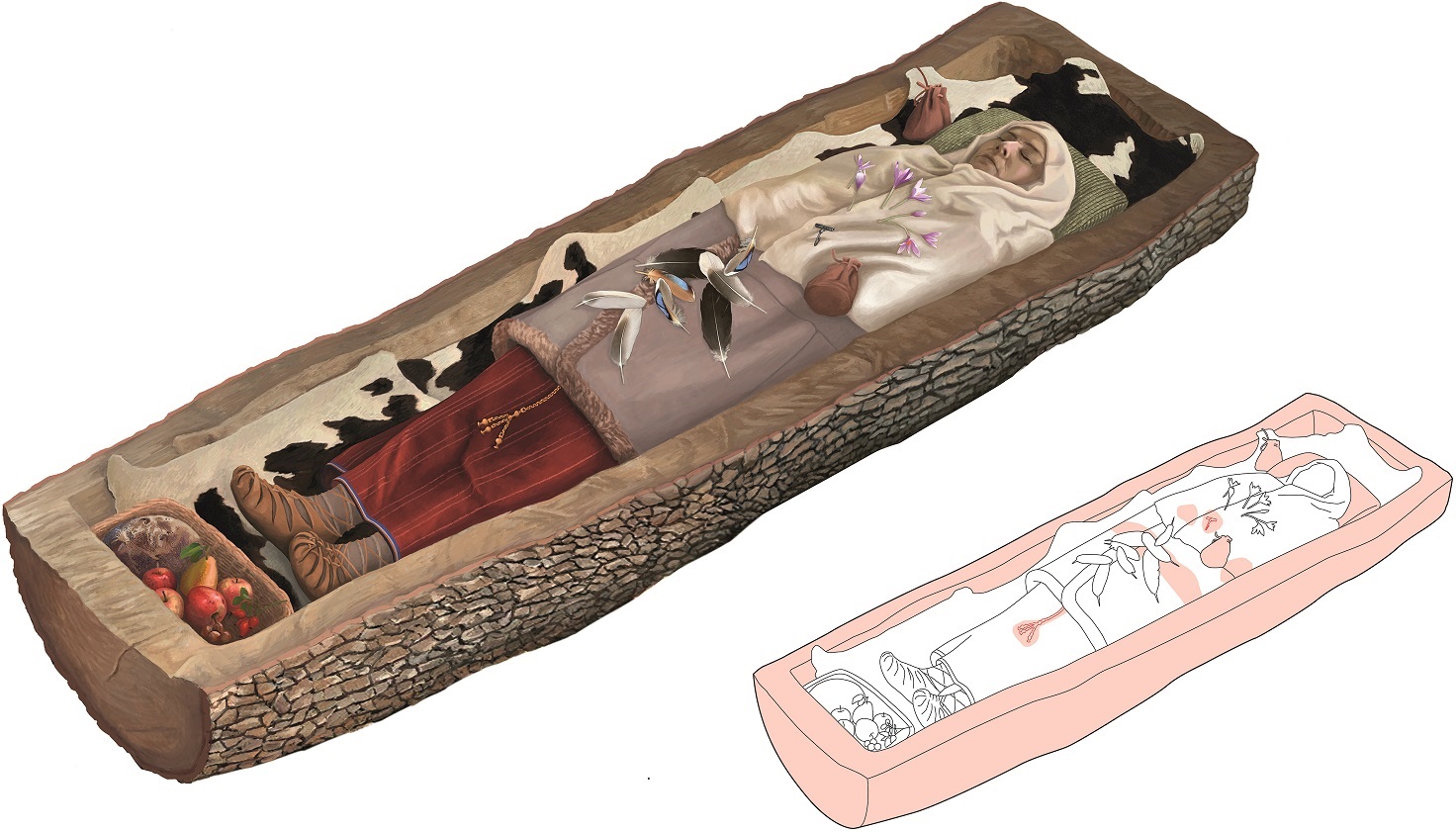 ZURICH, SWITZERLAND—According to a Live Science report, researchers have analyzed the remains of an Iron Age Celtic woman discovered in a hollowed out tree trunk at a Zurich building site in 2017. Isotope analysis of her bones revealed that the woman, who was about 40 years old at the time of her death, grew up in the area where she had been buried, and dental analysis suggests she enjoyed starchy or sweetened foods. Moreover, archaeologists' study of her skeleton showed that she performed little physical labor during her life. Officials from the city's Office for Urban Development said the woman was buried in a woolen dress and shawl and a sheepskin coat, all of which were held together with iron clasps. Her necklace, made of amber and blue and yellow glass beads, was also fastened with a clasp. In addition, she wore bronze bracelets and a bronze belt chain adorned with pendants. During a construction project in the early twentieth century, a Celtic man’s grave was found about 260 feet away from the woman’s burial site. He had been buried with a sword, shield, and lance within the same decade as the woman, leading archaeologists to speculate the two may have known each other. To read about another richly furnished Iron Age burial, go to "Iron Age Teenagers."