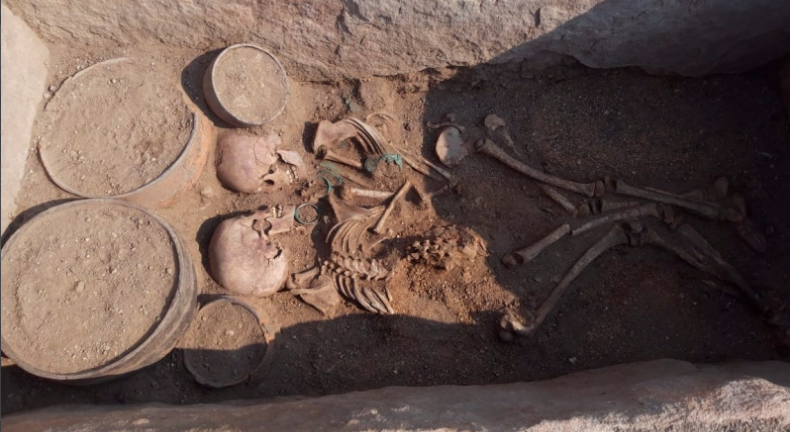 KARAGANDA, KAZAKHSTAN—Live Science reports that a team of archaeologists excavating a Bronze Age cemetery in the region of Karaganda in central Kazakhstan has unearthed the remains of a man and a woman who were buried facing one another. The variety and high quality of grave goods included in the burial, such as gold jewelry, knives, and large ceramic pots, suggests the two likely held noble status. The team, led by archaeologist Igor Kukushkin of Karaganda State University's Saryarka Archaeological Institute, believe the couple were buried sometime around 2000 B.C. In this part of Kazkhstan that time was marked by increasing conflict, as well as the introduction of the chariot. Several horses were discovered interred not far from the couple's grave. To read about the customs of another Eurasian Bronze Age culture, go to “The Wolf Rites of Winter.”