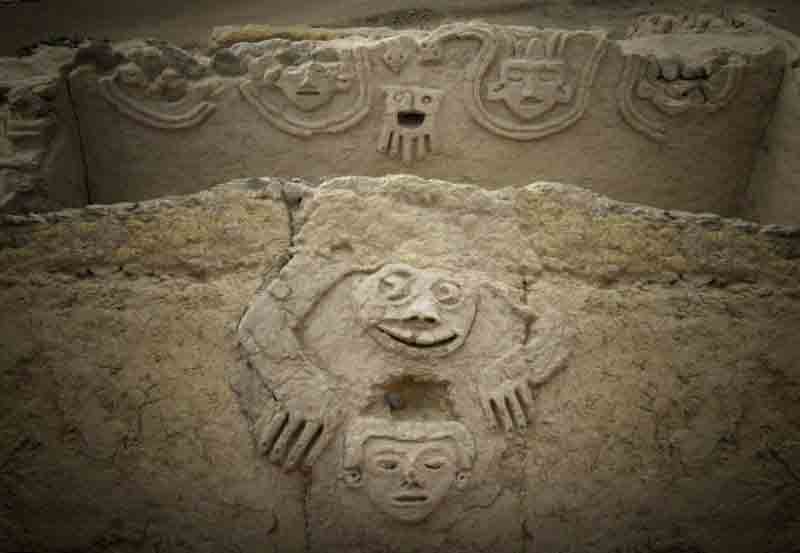 LIMA, PERU—BBC News reports that a mural decorated with sculpted figures depicting a smiling toad perched above a human face has been discovered at the 3,800-year-old site of Vichama, a center of Peru's prehistoric Caral culture, which originated some 5,000 years ago. Ruth Shady Solís, director of the Caral Archaeological Zone, said that the toad represented water for ancient Andean cultures, and that the mural may represent the toad bringing rainfall to the human waiting below. It’s possible that the mural was made during a time when an increasingly arid local climate was contributing to internal stress in the community, which led the inhabitants of Vichama to focus on water-themed inconography. To read in-depth about early civilizations in Peru, go to “Connecting Two Realms.”