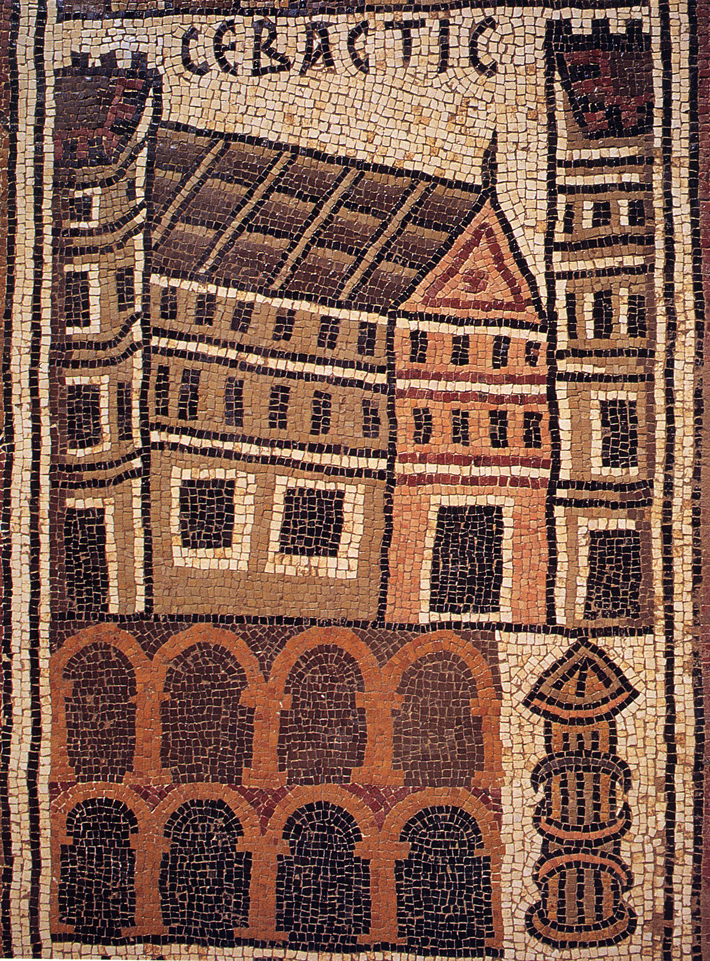 WARSAW, POLAND—Science in Poland reports that Marek T. Olszewski of the University of Warsaw spotted eight previously unknown depictions of sundials in ancient mosaics, bringing the total number of such images up to 15. Olszewski said he analyzed sundials discovered during excavations and compared them to objects depicted in the mosaics. One sundial, depicted in a sixth-century A.D. mosaic unearthed near Jerusalem’s Damascus Gate, had previously been misidentified as an oil lamp or column. Olszewski found other representations of sundials in a ninth-century wall mosaic in Rome’s Church of Santa Cecilia, and a mosaic dated to A.D. 718 from the Church of St. Stephen at Umm al-Rasas, Jordan, that depicts the city of Sebastis. The Madaba Map, a Byzantine-era representation of the Middle East found in Madaba, Jordan, also had an unidentified sundial among its images. For more on Roman sundials, go to "Artifact."