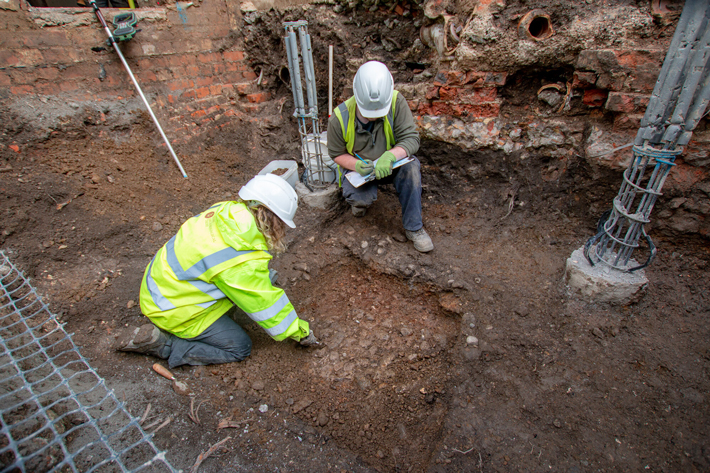 YORK, ENGLAND—The Press reports that a previously unknown Roman road has been found by conservators working under the York Guildhall, a structure originally built in the mid-fifteenth century A.D. along the River Ouse. Investigation of the road revealed it had been resurfaced twice, and therefore used for a long period of time. It may have been situated near the Roman river crossing. In addition to the cobbled surface, the researchers found Roman pottery and a silver coin. To read about the individuals buried in a Roman graveyard in York, go to "Off with Their Heads."