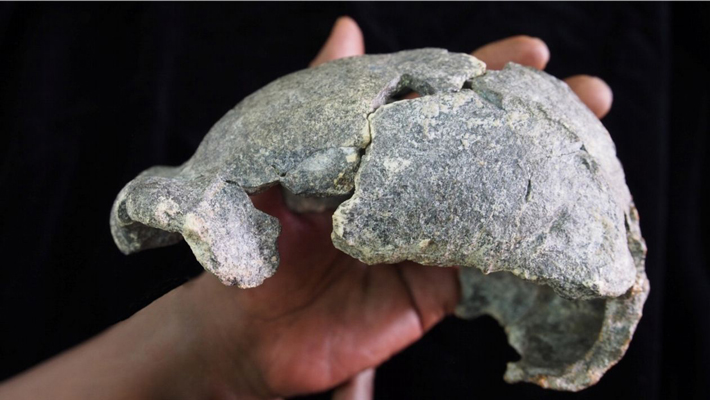 BURGOS, SPAIN—According to a Science News report, two Homo erectus braincases and varied stone tools have been found at two sites in Ethiopia’s Afar triangle. The fossils were recovered from about 3.5 miles apart from each other. Paleoanthropologist Sileshi Semaw of the National Research Center for Human Evolution (CENIEH) and his colleagues said the first braincase features thick brow ridges, and is thought to have belonged to a male who lived some 1.26 million years ago. The other braincase, dated to between 1.6 and 1.5 million years ago, is smaller and has thin brow ridges, and may have belonged to an adult female. Some of the tools unearthed at the sites had one sharpened edge, while others were more complex and had two cutting edges. Creating such tools required skill and planning, Semaw explained. Tools and hominin remains are rarely found together, he added. For more on hominin brains, go to "Hungry Minds."