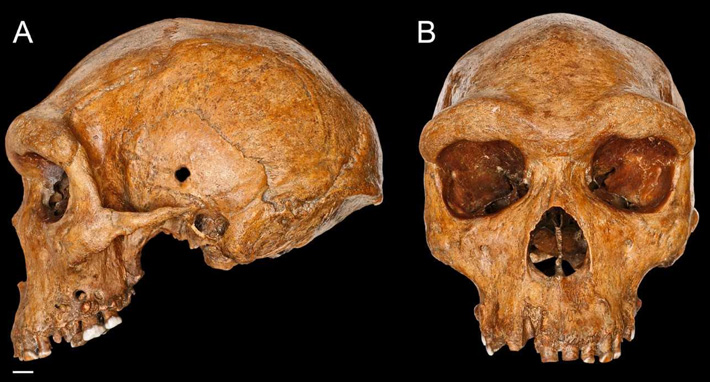 BRISBANE, AUSTRALIA—According to a statement released by Griffith University, scientists led by Rainer Grün of Australian National University have used radiometric dating methods to obtain new dates for the Broken Hill (Kabwe 1) skull discovered by miners in Zambia in 1921. The site where the Homo heidelbergensis remains were found has since been destroyed by quarrying. The analysis indicates that the remains, which had been estimated to be 500,000 years old, are only between 274,000 and 324,000 years old. Grün said the new timeline for Homo heidelbergensis challenges the idea that all stone tools dating to Africa’s Middle Stone Age were crafted by modern humans. Additionally, Chris Stringer of London’s Natural History Museum, where the skull has been housed, explained that the new dates suggest Homo heidelbergensis could have lived in Central Africa at the same time that the more primitive species Homo naledi lived in Southern Africa, and early modern humans lived in what are now Morocco and Ethiopia. For more on Homo heidelbergensis, go to "Our Tangled Ancestry."