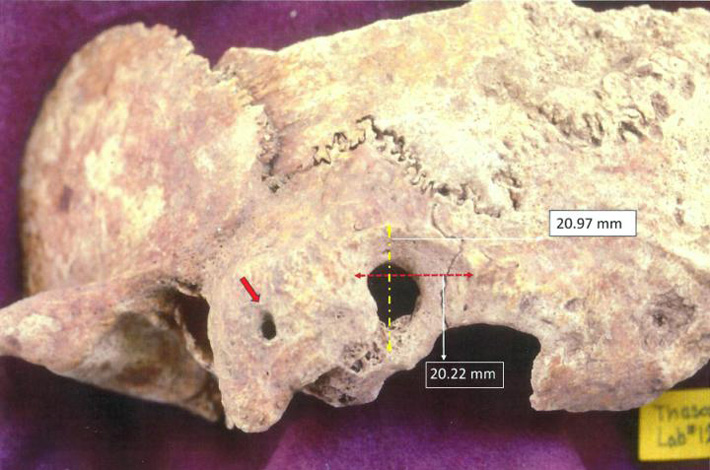 GARDEN CITY, NEW YORK—According to a statement released by Adelphi University, researchers led by Anagnostis Agelarakis examined the remains of four women and six men who were buried between the fourth and seventh centuries A.D. at the site of Paliokastro on the Greek island of Thasos. As part of the Eastern Roman Empire, they were part of a group of mounted archers and lancers who were buried in elaborate graves near a monumental church. All of the individuals in the sample led physically demanding lives, and men and women had both suffered traumas that had been treated with great care, perhaps by a military physician, Agelarakis explained. One man had even received head, neck, and brain surgery, perhaps because he had been suffering from an infection. The man is thought to have died during the operation or shortly thereafter, Agelarakis added. To read about paintings of monkeys from the Greek island of Thera, go to "A Barrel of Bronze Age Monkeys."