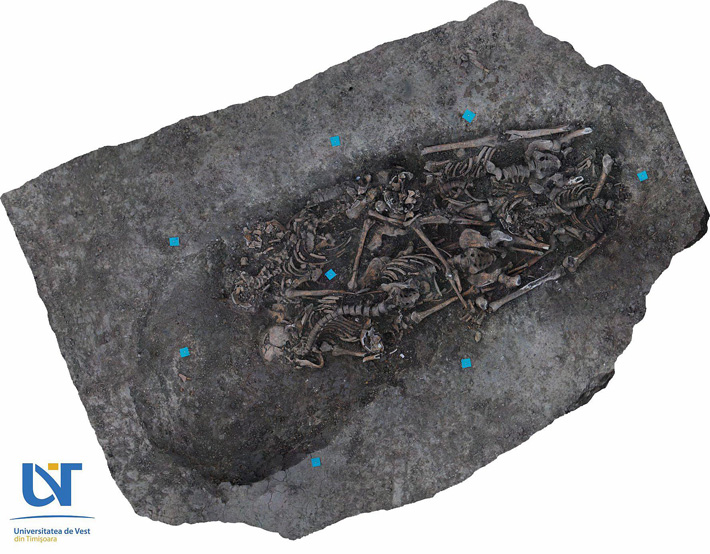 BUCHAREST, ROMANIA—According to a Romania-Insider report, a mass grave dating to the eighteenth century has been found in western Romania by a team of researchers from West University of Timişoara. The grave holds the remains of six adults and one child who are thought to have died during a plague outbreak between 1737 and 1740. Two Christian symbols were found with the child’s remains. The first is a Cross of Lorraine, which features two horizontal bars. The second, a pendant found at the child’s neck, bears the images of the Blessed Delphina on one side and Saint Elzear on the other. The two lived in France and are known as the patrons of newlyweds, the poor, and lepers. Archaeologist Andrei Stavilă said the pendant helps to date the grave, since Delphina was beatified in 1694. Flintlock bullets were also found in the grave. Researchers want to know if the dead had been shot, if they had moved to the region from Lorraine, in what is now northeastern France, and if the seven individuals were related, Stavilă added. To read about a Neolithic mass grave uncovered in Poland, go to "We Are Family."