New Dates Push Back Arrival of Modern Humans in Europe 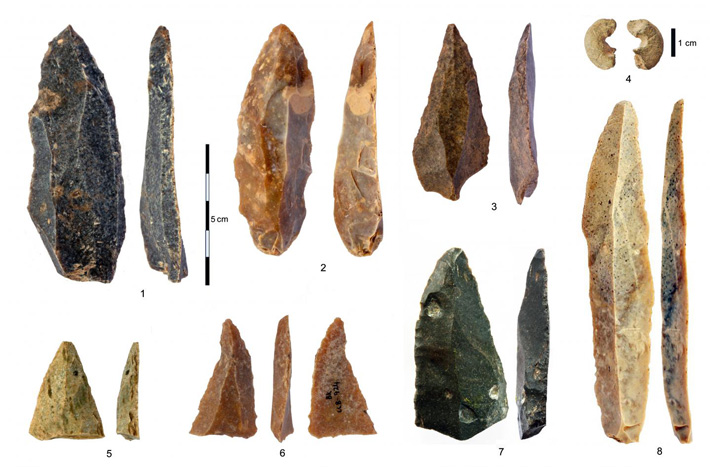 LEIPZIG, GERMANY—BBC News reports that a tooth and bone fragments recovered from northern Bulgaria’s Bacho Kiro Cave have been identified as the remains of modern humans and directly dated to between 46,000 and 41,000 years ago by researchers from the Max Planck Institute for Evolutionary Anthropology. The new dates push back the arrival of modern humans in Europe by about 2,000 years. Jean-Jacques Hublin and his colleagues identified the fossils through the analysis of extracted proteins and mitochondrial DNA, while Helen Fewlass and her team radiocarbon dated the fossils, and calculated their age through comparisons of ancient and modern mitochondrial DNA. The researchers added that the stone tools and other artifacts found in the cave are in the style of the Initial Upper Paleolithic culture, which may have influenced local Neanderthals. In particular, the researchers noted that they uncovered pendants made from cave bear teeth, which are similar to ornaments eventually made by Neanderthals who lived in Western Europe. To read about a 2,400-year-old Greek ship found off the coast of Bulgaria, go to "Ancient Shipwreck," one of ARCHAEOLOGY's Top 10 Discoveries of 2018.