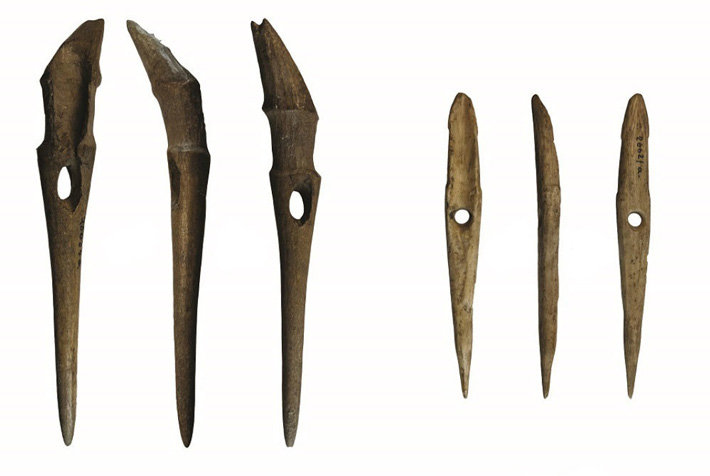 OSLO, NORWAY—According to a Science Norway report, Svein Vatsvåg Nielsen of the University of Oslo examined bluefin tuna and killer whale bones and bone fishhooks and harpoons discovered in a southern Norway wetland in the 1930s. He determined that the bones and the artifacts date to the same period, from about 3700 to 2500 B.C., a time when sea levels were higher and the place where the items were found may have been covered by a lagoon. Nielsen and his colleagues returned to the site, which had since been drained, and uncovered the ancient seabed and piles of bluefin tuna bones, cod bones, small whale bones, arrowheads, fishhooks, and harpoons. The researchers suggest that while hunting large fish from boats, some of the prey may have been injured but not recovered by the hunters, or may be the remains of fish that were cleaned in the boats and thrown overboard. “It would be an incredible coincidence if these rare harpoons and fish bones were just randomly collected there,” Nielsen explained. The study also indicates that prehistoric people fished in the lagoon over a long period of time. Further study of the area may result in evidence of a settlement, Nielsen added. To read about burials of marine mammals on Peru's northern coast that commemorated deep-sea expeditions, go to "Remembering the Shark Hunters."