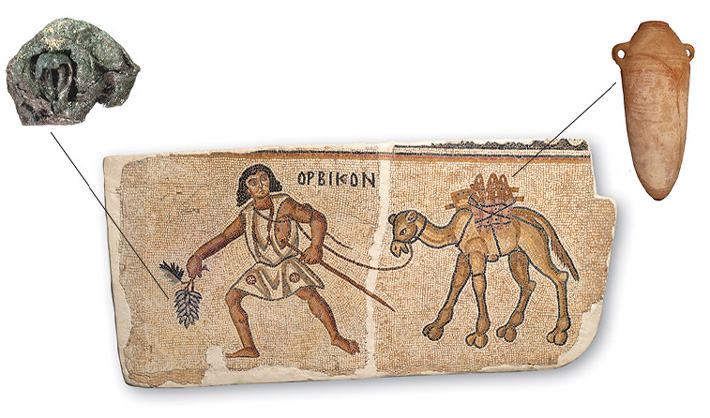 RAMAT-GAN, ISRAEL—Archaeological evidence has allowed researchers to track the rise and fall of Byzantine-era wine production in the Negev Desert, according to a report from The Times of Israel. Excavation of trash pits at three Negev sites—Elusa, Shivta, and Nessana—turned up some 10,000 grape seeds and wheat and barley grains. By comparing the ratio of grape seeds to cereal grains over time, the researchers found that viticulture in the arid region took off in the fourth century A.D. and was extremely productive for some 200 years before dropping off precipitously in the mid-sixth century. The excavations also uncovered a rise in the number of amphoras dating to this period that were used to transport wine to the port of Gaza for export. This suggests “that the rise and fall of Byzantine Negev viticulture was connected to regional and Mediterranean trade,” says Daniel Fuks, an archaeologist at Bar-Ilan University. The decline of the Negev wine industry appears to have been caused by a combination of factors, including a period of unusually cold weather ushered in by volcanic eruptions in the 530s and 540s, the Justinianic Plague of the 540s, and socioeconomic decline that resulted from both phenomena. Read the original scholarly article about this research in PNAS. For more on archaeological evidence of winemaking, go to “French Wine, Italian Vine.”