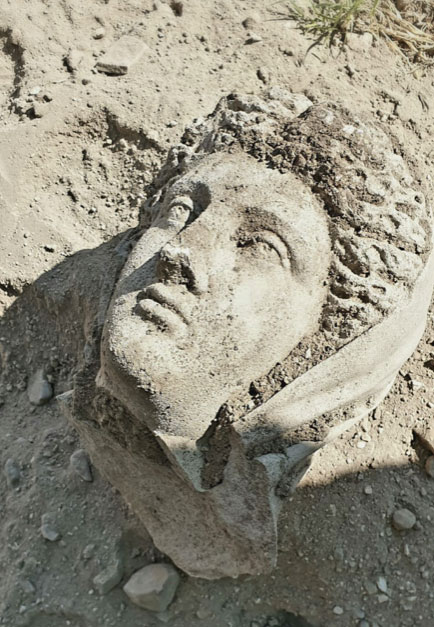 ANTALYA, TURKEY—The Anadolu Agency reports that a third-century A.D. sculpture of a woman has been unearthed at the ancient Greek city of Perge on the southwest coast of modern-day Turkey. A team led by Istanbul University archaeologist Sedef Cokay Kepce also discovered the broken head that belongs to the figure, which is depicted in full-length robes. Researchers don't know yet who the statue depicts, but women are known to have played administrative roles in the city. To read about the excavation of a Greek city in Italy, go to “Sicily’s Lost Theater.”