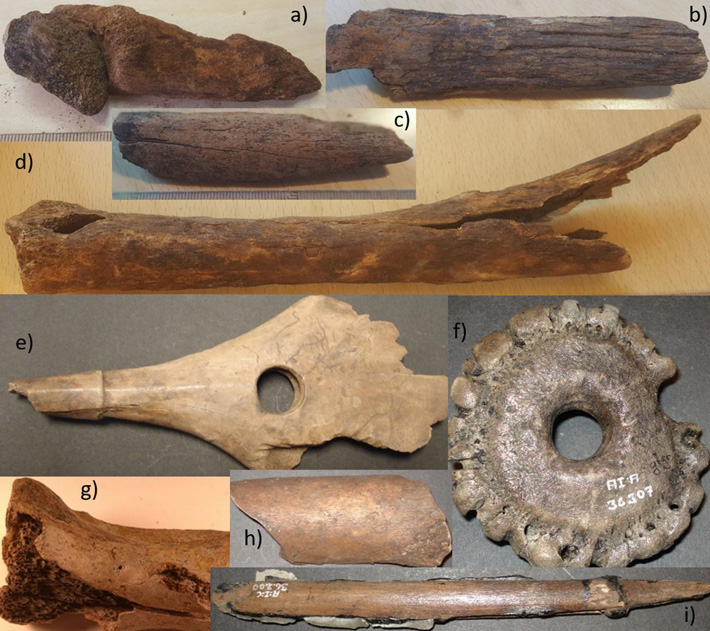 LUND, SWEDEN—According to a Science Magazine report, researchers led by Adam Boethius of Lund University found that preservation conditions at a Mesolithic site in southern Sweden have deteriorated significantly in the 75 years since excavations first began there. Ageröd is one of many peat bog sites whose anaerobic conditions have preserved bone, teeth, antler fragments, and other artifacts for more than 8,000 years. In 2019, Boethius and his colleagues dug five test pits in areas of the bog that had yielded significant amounts of organic matter during previous excavations in the 1940s and 1970s. Comparing the newly recovered material to samples that had been stored from the previous excavations, they found that the freshly excavated bones were considerably more weathered than the material from both the 1940s and 1970s, suggesting that conditions at the site have deteriorated progressively since the 1940s. Bones from the 1940s were the best preserved, and the best preserved of the 2019 bones were in similar condition to the worst preserved samples from the 1970s excavations. Osteological analyses of the newly excavated bones revealed that the gradual reintroduction of oxygen into the site's environment, and slow draining of the wetlands due to agricultural activity, has caused the decay at Ageröd. "We need to excavate now," Boethius said. "If we wait 10 or 20 years, everything will be gone." Read the original scholarly article about this research in PLOS ONE. To read about 4,000-year-old human remains recovered from Ireland's Cashel Bog, go to "Oldest Bog Body," one of ARCHAEOLOGY's Top 10 Discoveries of 2013.