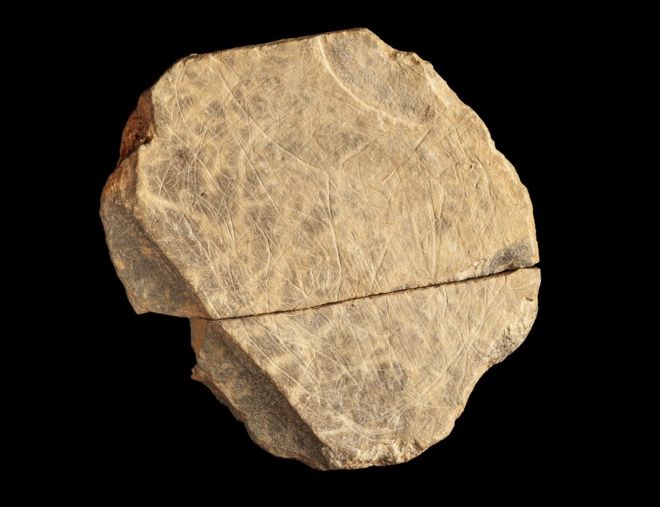 LONDON, ENGLAND—BBC News reports that ten stone tablets etched with straight and curved lines have been discovered among hearths, pits, tools, and flints at the archaeological site of Les Varines on the southeastern side of the Channel Island of Jersey. Known as plaquettes, the stones are thought to have been engraved between 23,000 and 14,000 years ago by Magdalenians—hunter-gatherers who migrated out of Spain, Portugal, and southern France during the last Ice Age. “Many of the lines, including the curved, concentric designs, appear to have been made through layered or repeated incisions,” said Silvia Bello of the Natural History Museum. Some of the lines may be abstract representations of horses, mammoths, and a human face, she added, although the images are simpler than those on plaquettes recovered from other Magdalenian sites. Chantal Conneller of Newcastle University said that the people at Les Varines may have been pioneer colonizers of the region. Read the original scholarly article about this research in PLOS ONE. To read about the discovery of a Magdalenian woman's skeleton in a northern Spanish cave, go to "The Red Lady of El Mirón."