Monkeys from India Identified in Roman Pet Cemetery in Africa 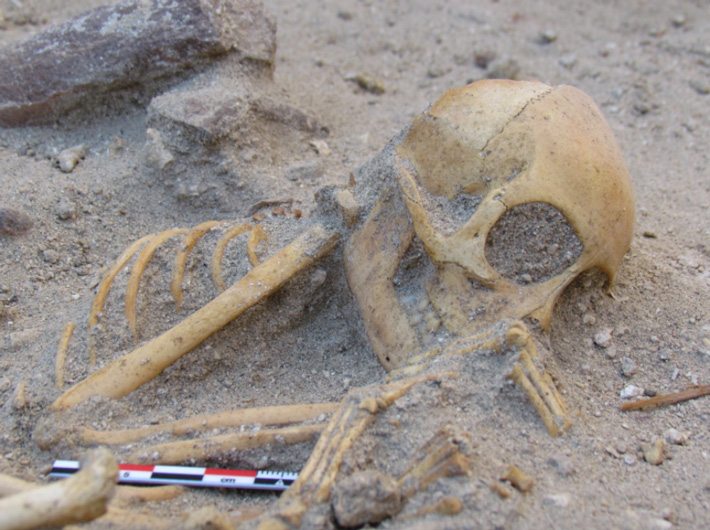 WARSAW, POLAND—According to a report in The First News, carefully buried monkeys uncovered in an animal cemetery at the Red Sea port city of Berenice have been identified as rhesus macaques, likely to have been imported by the Romans from India. It had been previously thought that the monkeys were guenons, which are local to the region, until zooarchaeologist Marta Osypińska of the Polish Academy of Sciences and her colleagues used 3-D scans of the bones to compare them with those of other species. “This is a unique finding,” Osypińska said. “Until now, no one has found Indian monkeys in the archaeological sites in Africa. Interestingly, even ancient written sources don’t mention this practice.” After surviving the weeks-long journey across the Indian Ocean and the Red Sea, she added, the rhesus macaques died young, probably because the diet they were fed in Berenice lacked necessary nutrients. All of the rhesus macaques in the cemetery were arranged in their graves as if they were sleeping. One had been covered with woolen fabric. Shells from the Indian Ocean, amphora fragments, a piglet skeleton, and three kitten skeletons were also recovered from the monkey burials. To read about the 4,500-year-old burial of a pet rhesus macaque unearthed at the Shahr-i-Sokhta necropolis, go to "World Roundup: Iran."