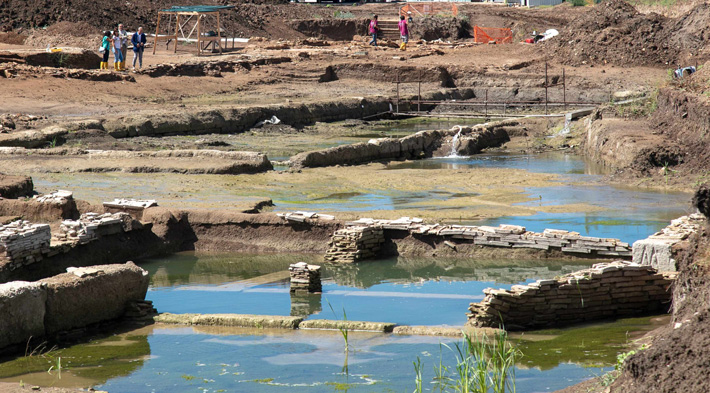 ROME, ITALY—Wanted in Rome reports that a monumental stone basin dated to the fourth century B.C. has been found in an area slated for development between Rome and Ostia Antica, Rome’s ancient port city at the mouth of the Tiber River. The pool measures nearly 160 feet long and 40 feet wide. Archaeologist Barbara Rossi said that researchers do not yet know what purpose the complex served during the eight centuries it was in use. For more on Ostia, go to "Rome's Imperial Port."