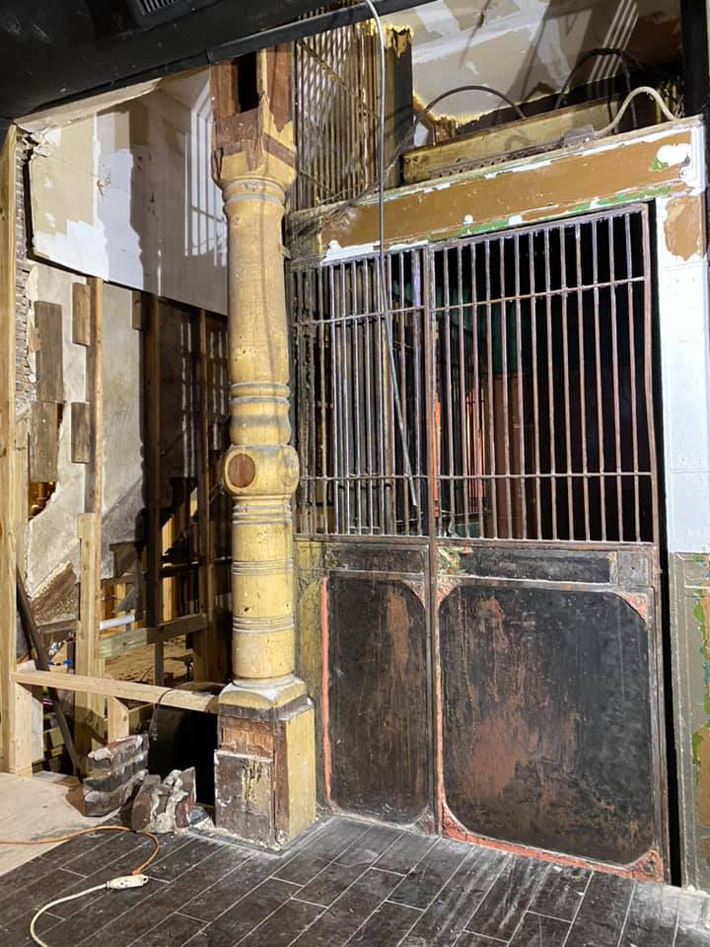 ST. PETERSBURG, FLORIDA—The Tampa Bay Times reports that renovation of St. Petersburg’s historic Detroit Hotel buidling has revealed a forgotten staircase and fireplace, a wooden telephone switchboard with room numbers written by hand, and an elevator estimated to be about 115 years old. The elevator and its electric motor are intact, although the cables were severed sometime in the past. According to local historian Joey Vars and Nevin Sitler of the St. Petersburg Museum of History, the 40-room hotel was built in 1888 by Russian Peter Demens and John C. Williams, the founders of the city of St. Petersburg, who also built a train station across the street. While the city was named for Demens’ homeland, the hotel was named for Williams.’ As the railroad brought rapid growth to the city, the hotel was expanded. Architectural historian Lee Gray of the University of North Carolina at Charlotte suggests that the elevator was added to the structure around 1897 or 1898. “Even in the 1890s, a lot of towns still didn’t have electricity,” he said. Electricity reached St. Petersburg in 1897. To read about recent archaeological research in Florida, go to "Around the World: Florida."