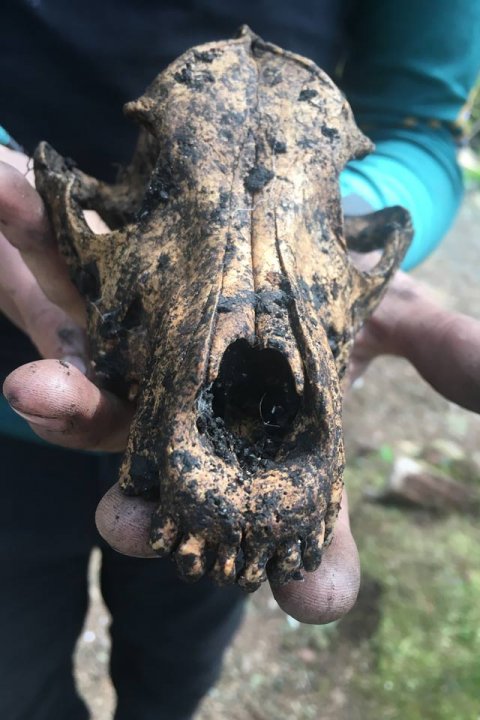 BRITISH COLUMBIA, CANADA—According to a statement released by the University of Victoria, a team of researchers including members of the Tseshaht First Nation analyzed the bones of domestic dogs spanning a 3,000-year period that were recovered from an ancient Tseshaht settlement located on one of the Broken Group Islands. Dylan Hillis of the University of Victoria and his colleagues found that marine fish, including anchovy, herring, and salmon, made up about half of the diet of the ancient Tseshaht dogs. Hillis explained that the dogs would not have been able to catch the fast-swimming fish on their own. Most of them were small, white dogs, which are known as woolly dogs because they provided the Tseshaht and other First Nations with thick hair for making high-status textiles, although larger “village dogs” also lived in the settlement. Woolly dogs became less popular when sheep’s wool and imported textiles became available, added Tseshaht project director Denis St. Claire. Read the original scholarly article about this research in Scientific Reports. To read about the migration of Navajo and Apache ancestors from the Canadian Subarctic to the American Southwest, go to "Walking Into New Worlds."