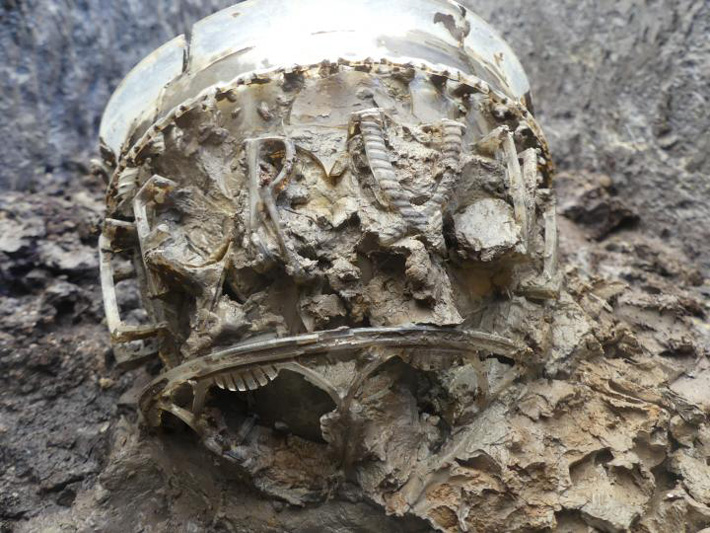 AUTUN, FRANCE—Art News reports that a five-inch-tall glass vase decorated with the words “Vivas feliciter,” Latin for “live happily,” has been discovered in a late Roman–period grave in a cemetery in central France. The cemetery is also near Saint-Pierre l’Estrier, one of the oldest Christian churches in the region. Michel Kasprzyk of the French National Institute of Preventive Archaeological Research said the intact, reticulated glass vase is the first to be unearthed in the ancient territories of Gaul. Sandstone sarcophagi, lead and wooden coffins, furniture, and jewelry have also been found at the site. “These exceptional and extremely rare discoveries are interesting avenues for the study of the aristocracy of Autun, precociously Christianized at the beginning of the fourth century,” Kasprzyk said. The vase will be stored away from light until it can be studied and restored. To read about statuettes and pottery recently unearthed at an ancient Roman city in Gaul, go to "A Day by the Rhone."