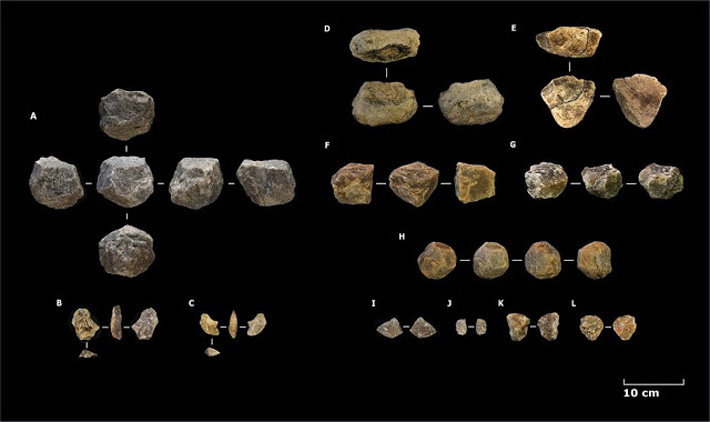 JENA, GERMANY—Courthouse News Service reports that an international team of researchers has discovered stone tools dated to between two and 1.8 million years old in Tanzania’s Ewass Oldupa, the western area of Oldupai Gorge, a 28-mile-long canyon known for its hominin fossils. Recovered from layers of stratified sediments, the artifacts are the oldest stone tools found in the gorge to date. The tools include pebble and cobble cores, sharp-edged flakes, and polyhedral cobbles. Fossils of wild cattle, pigs, hippos, panthers, lions, hyenas, primates, reptiles, and birds were also uncovered in the layers, along with evidence of changing habitats over the 200,000-year period. The habitats included systems of rivers and lakes, fern meadows, woodlands, palm groves, dry steppes, and evidence of natural burning. The recurrence of the Oldowan tools in these layers suggests that the hominins moved in and out of the area during periods of volcanic activity and as the environment shifted. “We see that we have a lot of flexibility and versatility even though ecosystems were changing,” said team member Michael Petraglia of the Max Planck Institute for the Science of Human History. “I think in part, this is the beginning of our own genus, and in part, that is our legacy.” Read the original scholarly article about this research in Nature Communications. To read about an 800,000-year-old bone point from Olduvai, go to "The Bone Collector."