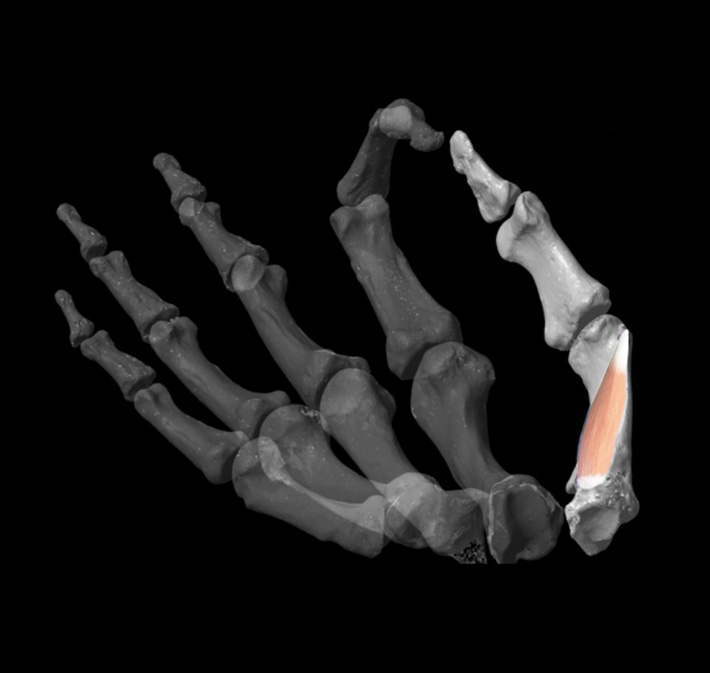 TÜBINGEN, GERMANY—Gizmodo reports that researchers Katerina Harvati and Alexandros Karakostis of the University of Tübingen and their colleagues created virtual models of modern human, chimpanzee, and hominin hands based on the shape and size of a thumb bone’s anatomy and its muscle attachments in an effort to determine the ability of early hominins to bring the thumb in contact with the fingers. Known as “thumb opposition,” this ability allows for the precision grip that is the hallmark of modern human manual dexterity. The researchers found that all of the hominins in the study, including Neanderthals; Homo naledi; and the remains of two unidentified early hominins recovered in South Africa’s Swartkrans Cave all had signs of increased thumb opposition efficiency—even in Homo naledi, which has not been linked to tool use, and the two-million-year-old fossils from Swartkrans Cave. Three Australopithecus species in the study were found to have thumb dexterity similar to that of chimpanzees. “Our study indicates that this human ability, the increased thumb opposition efficiency, or thumb dexterity, already evolved at the dawn of the Homo lineage and was perhaps a crucial founding block of the subsequent very important bio-cultural developments that took place after two million years ago,” Harvati said. For more on one of the hominins included in this study, go to "Homo Naledi," one of ARCHAEOLOGY's Top 10 Discoveries of the Decade.